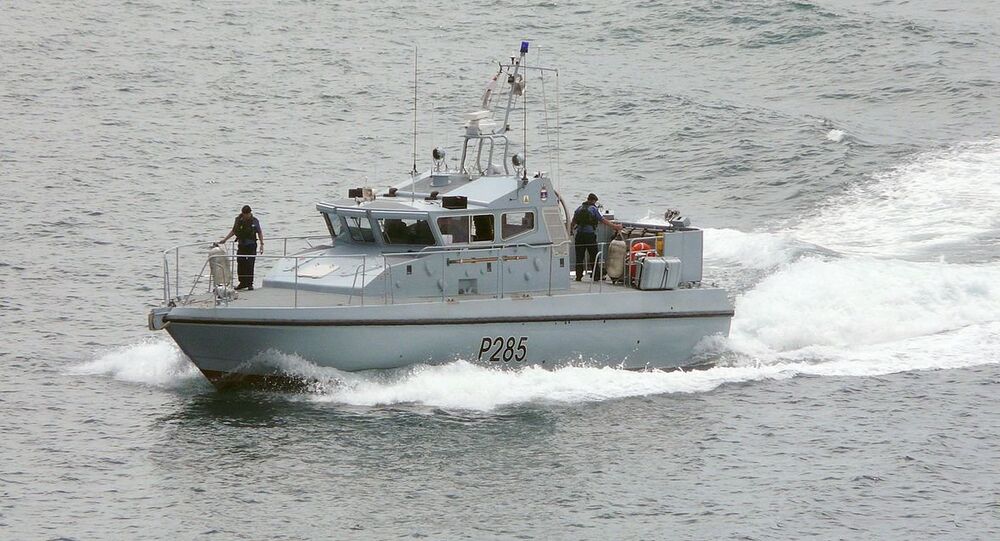 The incident comes two weeks after a Spanish warship with its guns manned attempted to order commercial vessels to leave Gibraltar waters, in what was reportedly described by the government of the UK overseas territory as “foolish games”.

A small Royal Navy vessel followed a huge Spanish patrol boat as it entered British-controlled waters off the coast of Gibraltar and refused to leave on Thursday.

A UK Foreign Office spokeswoman confirmed “an incursion by the Spanish navy” which she said “left British Gibraltar Territorial Waters when challenged”.

The Thursday incursion is the latest in a series of such incidents since the beginning of this year.

In early February, Royal Navy vessels challenged a Spanish warship which sailed along the Gibraltar coast with its weapons uncovered and manned.

© REUTERS / Rebecca Naden
UK 'Will Always Stand by Whole UK Family, Including Gibraltar' - PM May
Commenting on the incident, British Defence Minister Gavin Williamson pledged on Monday that the UK “will always be there to defend our sovereign interests and defend Britain's national interests”.

Gibraltar has been a British Overseas Territory since 1713, when Spain ceded it to Britain under the Treaty of Utrecht.

Gibraltar’s residents rejected the idea of Spanish sovereignty in 1967 and joint UK-Spanish authority in 2002. The region is scheduled to withdraw from the EU, together with the rest of the UK, in March 2019.