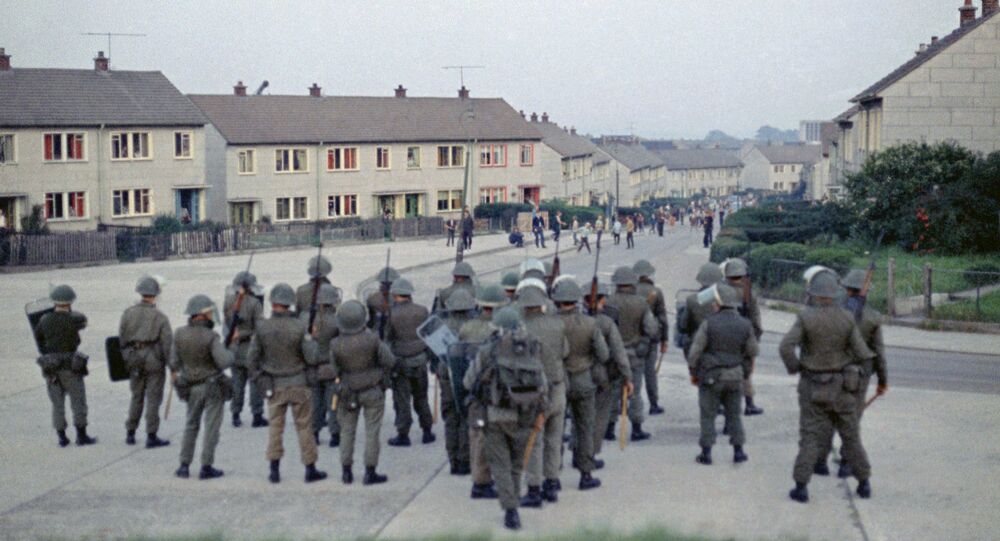 Lord Kerr, former lord chief justice of Northern Ireland, said "an effective investigation” into the February 1989 murder of Finucane, a crusading human rights lawyer, in Belfast had “not occurred”. It was perhaps the most notorious killing during the protracted 'Troubles', an ethno-nationalist conflict in Northern Ireland which raged for 40 years.

The official investigation into the 1989 murder of Belfast solicitor Patrick Finucane, one of the most notorious killings of the Troubles, was ineffective and failed to meet human rights standards, the UK Supreme Court has ruled.

In a unanimous judgment, five justices said the investigation carried out by Sir Desmond de Silva in 2011 was frustrated by his inability to compel witnesses to testify about the killing. However, the court did not order a public inquiry, and left it to Whitehall to decide whether a new investigation should be conducted.

​Under Article Two of the European convention on human rights, states have a duty not to kill, and an obligation to carry out an effective investigation into deaths.

"If [de Silva] had been able to compel witnesses; if he had been able to probe their accounts; if he had been given the chance to press those whose testimony might have led to identification of those involved in targeting Mr. Finucane…[then] one might have concluded all means possible to identify those involved had been deployed. Absent those vital steps, the conclusion an Article Two-compliant inquiry into Mr. Finucane's death has not yet taken place is inescapable. It is for the state to decide…what form of investigation, if indeed any is now feasible, is required in order to meet that requirement," Kerr ruled.

Finucane was shot dead at his home in north Belfast 12 February 1989 by Ken Barrett and another masked man, after the pair battered down his front door with a sledgehammer and entered the kitchen, where Finucane's family were eating a Sunday meal. They immediately opened fire and shot him twice, knocking him to the floor, before firing 12 further bullets into his face at close range. Finucane's wife Geraldine was slightly wounded in the attack — Finucane's three children were unharmed, having hidden underneath the kitchen table.

The Ulster Defence Association/Ulster Freedom Fighters (UDA/UFF) claimed responsibility, saying Finucane had been a high-ranking officer in the Irish Republican Army — no evidence has ever emerged to support this claim, and Finucane had represented both republicans and loyalists in high profile cases.

The Royal Ulster Constabulary (RUC) launched an investigation — Detective Superintendent Alan Simpson, who led the probe, stated a notable lack of intelligence on the murder flowed from other agencies regarding the killing. Activists and human rights groups long-suspected the RUC, or other elements of the British security state, had played a role in the attack, and in 2003, the British Government Stevens Report concluded the killing was indeed carried out with the assistance of police in Northern Ireland.

Moreover, it has emerged the loyalist paramilitary responsible for directing UDA attacks, Brian Nelson, was an agent of the British army's notorious Force Research Unit, which provably colluded with loyalist paramilitaries in the murder of civilians. The Unit is also alleged to have carried out an arson attack on the offices of the Stevens Inquiry — the official investigation into British state collusion with paramilitary groups — in order to destroy incriminating evidence on its operational activities collected by Lord Stevens' team.

© AP Photo
UK Intel Planned Massacre at Catholic School - Former Ulster Paramilitary
In 2001, the UK and Irish governments agreed an international judge would investigate Finucane's killing, among others, under the auspices of an official inquiry — but the decision was reversed in 2010 by then-Prime Minister David Cameron. In explaining his decision to Finucane's family, he said "people in buildings all around here [Westminster] won't let it happen".

Nonetheless, in a public statement, Cameron acknowledged there'd been "shocking levels of collusion" between loyalist elements and the British state during the Troubles.