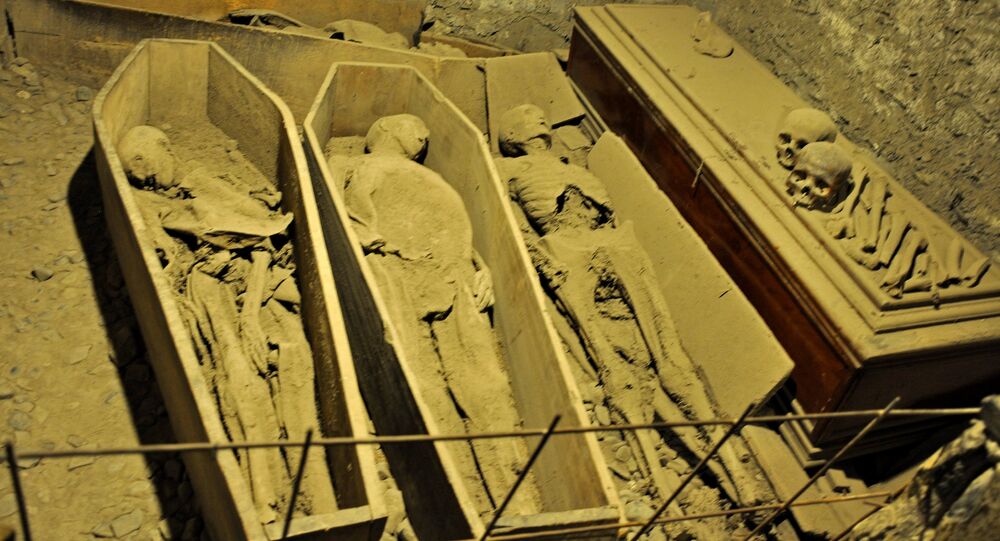 Someone has seemingly plundered a crypt in St. Michan's Church in Dublin, stealing the head of an ancient old mummified body and damaging the remains of a 400-year-old mummy.

According to a statement issued by the Church of Ireland, the damage inflicted to the crypt only came to light on Monday afternoon, when a guide was opening the church for visitors.

The vandals turned over the two-metre-tall, 800-year-old mummy, which is believed to belong to a crusader, severed its head and took it away along with a separate skull. They are also said to have tampered with the remains of a 400-year-old mummy known as The Nun.

This is the 800 year old “Crusader” from St Michan's Church in Dublin which has been decapitated by vandals. Archdeacon David Pierpoint is telling @boucherhayes that "his was head severed from his body and taken away." The gruesome discovery was made by the tour guide at 1pm. pic.twitter.com/WVh2IHToCM

"I am shocked that someone would target this ancient burial place and desecrate the remains of those lying within it," said the Archbishop of Dublin. "Not only have these individuals desecrated the sacred crypt but they have destroyed these historic mummies which have been preserved in St Michan's for hundreds of years."

Police have launched an investigation into the incident.

The crypt of St Michan's was previously vandalised in 1996, when a group of teenagers broke in the vault, took a number of mummies from their coffins and dragged them along the ground.