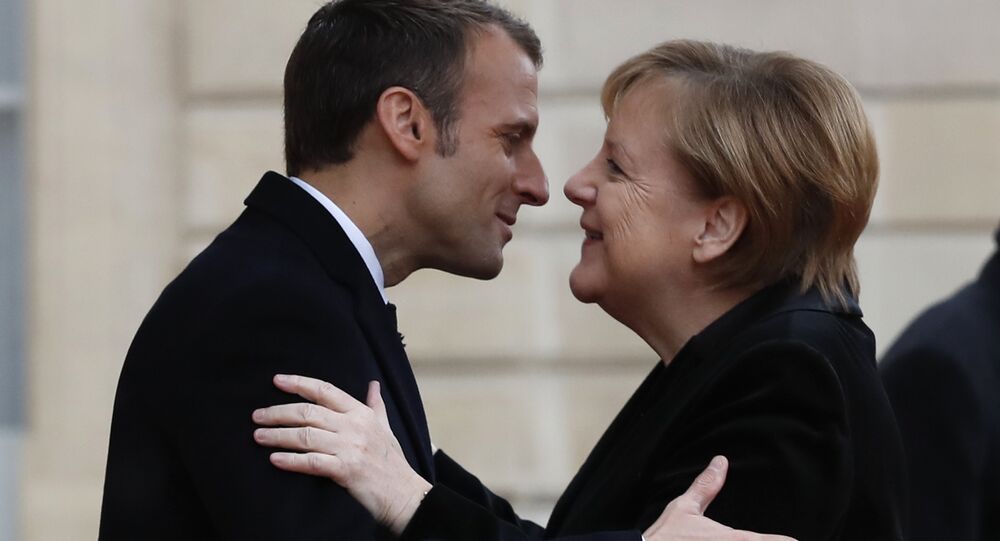 German Chancellor Angela Merkel held a meeting with French President Emmanuel Macron in Paris on 27 February. The topics the heads of state reportedly discussed include Brexit and relations with the United States.

Speaking about Brexit France and Germany agreed that the UK withdrawal deal cannot be renegotiated, and the European Union will look at a potential Brexit extension demand only if it is justified, French President Emmanuel Macron announced.

"On this matter, our points of view [with German Chancellor Angela Merkel] are in complete agreement. The withdrawal deal cannot be renegotiated. If the British need more time, we can examine an extension demand if it is justified by new choices of the British. But under no circumstances will we be able to accept an extension without a clear prospect for the desired goal," Macron said at a joint press conference with Merkel.

At the same time, the German chancellor said that the European Union "would not say no" to an extension demand.

On Tuesday, UK Prime Minister Theresa May told the UK parliament that it would be able to vote on the government's deal no later than March 12. If the deal is rejected, the parliament will then vote on a no-deal scenario. If that option is voted down as well, the parliament will vote on a potential Brexit extension past the deadline of March 29.

Merkel and Macron met just a month after they have signed the Treaty of Aachen, which strengthens the Elysée Treaty signed in 1963 by Charles de Gaulle and Konrad Adenauer.

Despite the signed agreement, both sides have some differences regarding some issues; such as, for example,  the Nord Stream 2 project and taxation.