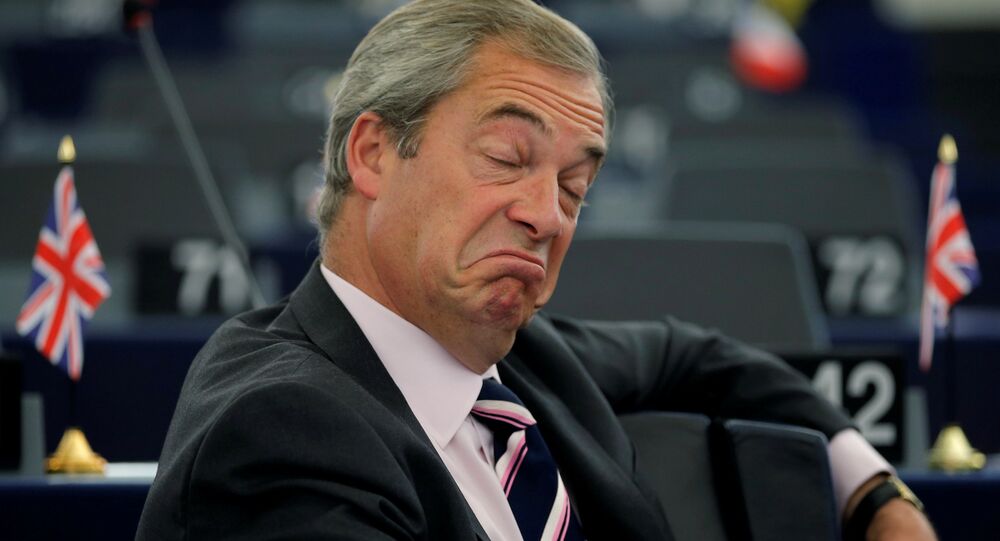 The former UKIP leader said on Tuesday that there would be a "bigger Leave vote" in a new "People's Vote" in 2019 than in the 2016 EU referendum. Farage slammed calls for a fresh poll if UK prime minister Theresa May's embattled Brexit plan and Remain were options on the ballot.

Brexit Party leader Nigel Farage said that he would "rather go on holiday" than vote in a second referendum on Brexit if it meant choosing between Mrs. May's Brexit deal and remaining a member of the European Union.

The top Brexiteer made his comments shortly after UK opposition and Labour leader Jeremy Corbyn backed a second referendum if Labour's soft Brexit plan is voted down this week, providing a major boost to campaigners of the Final Say vote.

UK shadow foreign secretary Emily Thornberry added that the ballot must offer the options between Mrs. May's Brexit deal and remaining in the EU, as well as ruling out a no-deal Brexit.

“I think we would win it but I tell you what I do resist is the very idea that it appears Emily Thornberry is putting forward — that the referendum would be between Remain and Ms May’s deal, which is ‘Brexit in name only’, Mr. Farage told Sky News.

“I have to tell you in those circumstances I wouldn’t campaign and I wouldn’t vote, because it wouldn’t offer me Brexit.”

“I would go on holiday," Farage replied when asked if he would abstain from the referendum. "It would be an outrage. Remain shouldn’t even be on the ballot paper.

He added: "But if we are forced into this, it would have to be Remain or a clean Leave."

The news comes after Mr. Corbyn announced that his party would back a second referendum if his Brexit plan was defeated in Commons this week – a move seen as way to prevent more defections of his party to the splinter Independent Group.

Anonymous sources have accused Ms. Thornberry of 'misspeaking' after she said that the referendum would be a vote between the prime minister's Brexit deal and Remain.

"I've seen some nonsense that I 'misspoke' earlier on a public vote," she chided on Twitter. "Pretty hard to misspeak identically in 10 interviews, but for clarity: if Theresa May won't accept our deal, then the public must decide: do we accept whatever deal she gets through, or do we Remain? Got it?"

Mr. Corbyn made the announcement on Monday to back a second referendum and accused PM May of  “recklessly running down the clock, in an attempt to force MPs to choose between her botched deal and a disastrous No Deal," adding that Labour would do everything in its power "to prevent No Deal and oppose a damaging Tory Brexit based on Theresa May’s overwhelmingly rejected deal."

Farage, who is an Member of European Parliament, had confirmed that his Brexit Party had received roughly 35,000 supporters in less than 48 hours after registering the nascent political party with the UK Electoral Commission, adding that the party's aim was to bring "real clarity" on Brexit and provide options "as opposed to moving towards violence", Mr. Farage stated.