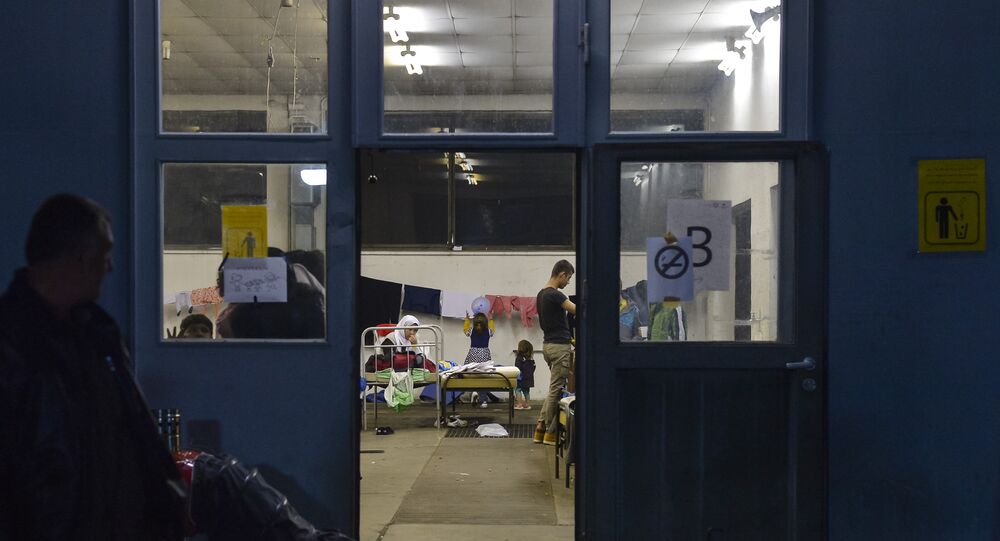 VIENNA (Sputnik) - The centres of initial reception of refugees in Austria will become the centres of departure starting on March 1, with thorough checks of asylum applicants' identities being introduced there, Austrian Interior Minister Herbert Kickl said on Monday.

"I can inform you that starting on March 1 of this year there will no longer be initial reception centres in Austria, but there will be centres of departure [from Austria],” Kickl said at a press conference.

According to the minister, the centres will be carefully checking the identities of people applying for asylum.

"We will study the trip routes of the newcomers and, of course, predict the potential threat from them, cooperating with the police and, when necessary, with experts from the regional and federal agencies for the protection of the constitution and the fight against terrorism [counterintelligence]," he said.

© REUTERS / Laszlo Balogh
Hungarian PM Vows to Fight 'Leader of Pro-Immigrant Forces in EU' Macron
In addition to travel routes, the centres will also quickly find out the reasons for seeking asylum, and in the absence of the grounds to stay in Austria, migrants will be given advice on how to return to the country from which they came.

European countries have been experiencing a severe migration crisis since 2015 due to the influx of thousands of migrants and refugees, fleeing crises and poverty in the Middle East and North Africa.