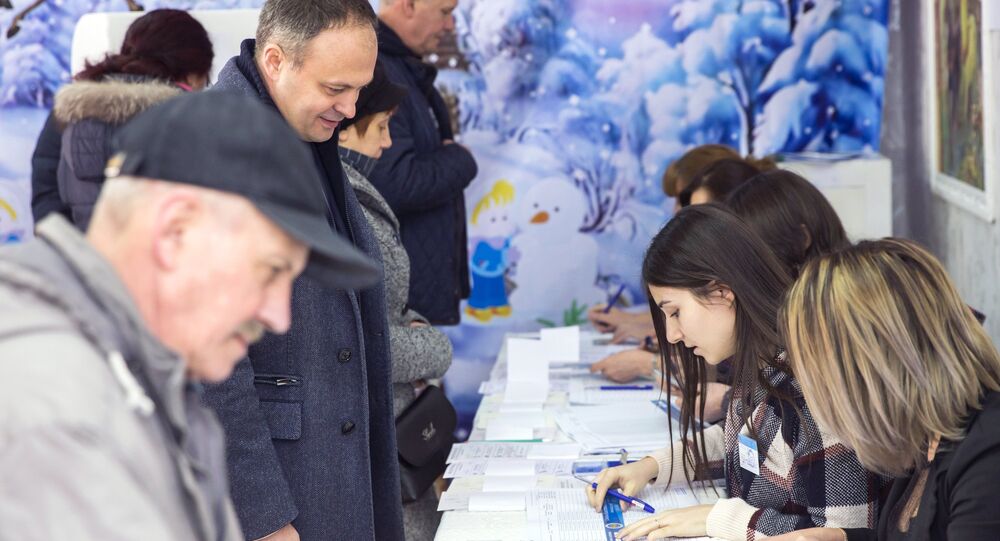 CHISINAU (Sputnik) - Moldova's Party of Socialists has won the country's parliamentary elections securing 31.35 percent of the votes on party lists, the head of the Central Election Commission (CEC), Alina Russu, has stated.

"We are presenting interim results of the parliamentary elections, final results will be published after the CEC verifies data from original ballots from all polling stations. The Party of Socialists of Moldova gets 31.35 percent. The ACUM bloc secures 26.39 percent, the Democratic Party of Moldova receives 23.84 percent and the SOR Party gets 8.39 percent", Russu told a briefing.

The turnout at the Moldovan parliamentary elections has amounted to 49.22 percent, the Central Electoral Commission said on 25 February after all polling stations had been closed.

According to the commission, a total of 1,45 million people voted in Moldova and about 76,600 people cast their ballots at polling stations abroad.