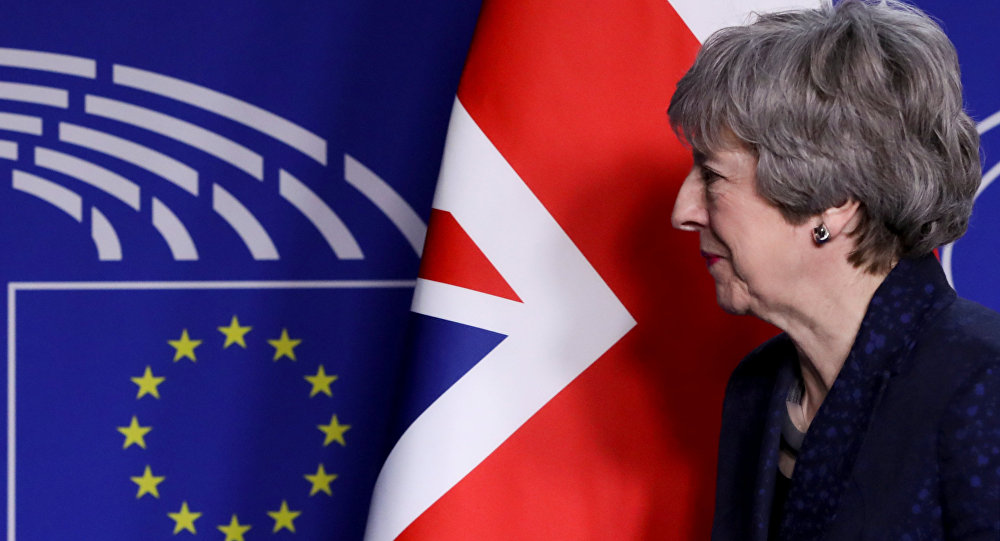 British Prime Minister Theresa May is considering a plan under which Britain's exit from the European Union would be delayed for up to two months, The Daily Telegraph reported.

Downing Street officials, cited by The Daily Telegraph, have drawn up a series of options over the weekend in order to prevent minister resignations and gather support from backbench lawmakers concerned with the possibility of a “no deal” Brexit.

Those options include making a formal request to the European Union to delay Brexit if the prime minister cannot secure a deal by 12 March, just 17 days before the UK is scheduled to leave the EU, The Daily Telegraph reported, without citing concrete sources.

No 10 officials have drawn up a series of options for PM ahead of crunch votes this week.

Extending A50 is among themhttps://t.co/5KP4v02nKw

In mid-February, the prime minister promised that the government would make a statement in parliament on 26 February if no significant progress is made in talks with the European Union, and if lawmakers do not approve a deal by then. The UK is still expected to leave the Union on 29th March.

100 Tories Issue Brexit Ultimatum to May: It Tells a Lot About MPs - Politician