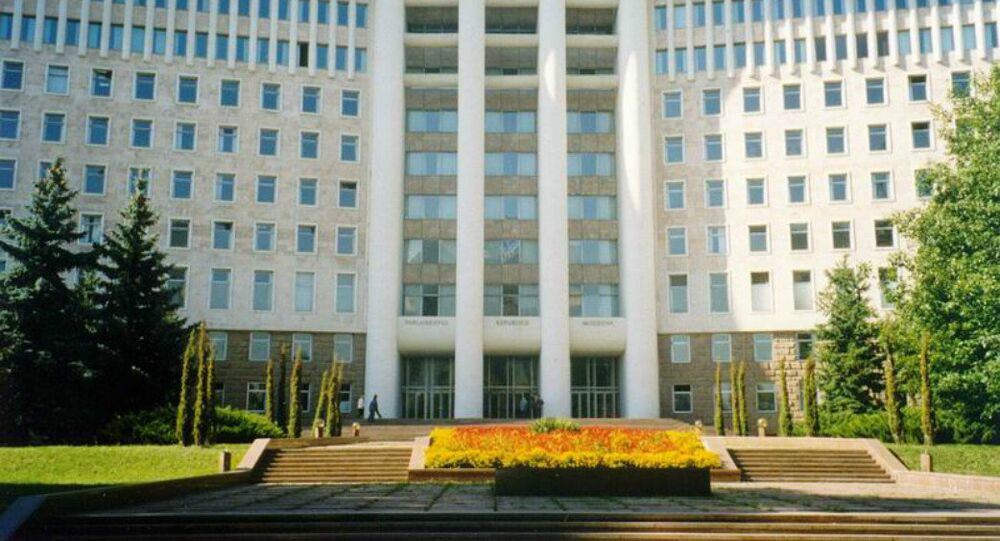 CHISINAU (Sputnik) - The Party of Socialists is leading in the Moldovan parliamentary elections with 31.73 percent of the vote, while the opposition ACUM bloc has moved up to the second place with 25.06 percent overtaking the ruling Democratic Party, the Central Electoral Commission said on Monday after 90 percent of ballots were counted.

The Democratic Party, meanwhile, has gained 24.84 percent and is followed by the SOR Party with 8.66 percent. The rest of the parties have failed to pass the 6 percent threshold. None of the parties has so far managed to secure a parliamentary majority.

Meanwhile, the ruling Democratic Party is leading in 19 single-member districts, while the Party of Socialists has chances to secure mandates in 15 districts, according to the preliminary data.

© Photo : Facebook / Ministerul Apărării al Republicii Moldova
Only 23% of Moldovan Citizens Support Potential NATO Membership - Poll
The ACUM bloc, in turn, is ahead of its competitors in 11 constituencies, while the SOR Party is leading in two districts. Three independent candidates also have chances to secure mandates in single-member constituencies.

Earlier, preliminary data showed that the ruling Democratic Party was leading with 32.4 percent of the vote via party lists, while the Party of Socialists gained 29.94 percent. The two parties were followed by the electoral bloc ACUM and the SOR Party with 19.6 percent and 10.6 percent respectively.

The country's Central Election Commission said on Sunday that the voter turnout for the Moldovan parliamentary election amounts to 49.09 percent.

Moldova is holding parliamentary election on Sunday with 51 lawmakers being elected via single-mandate constituencies and 50 others via party lists.

In the parliamentary election, a total of 14 parties and one bloc are competing for seats in the 101-member parliament. The main struggle is expected to unfold between the Party of Socialists, which is calling for closer cooperation with Russia and the Eurasian Economic Union, and the ruling Democratic Party and the opposition bloc ACUM, both supporting European integration.