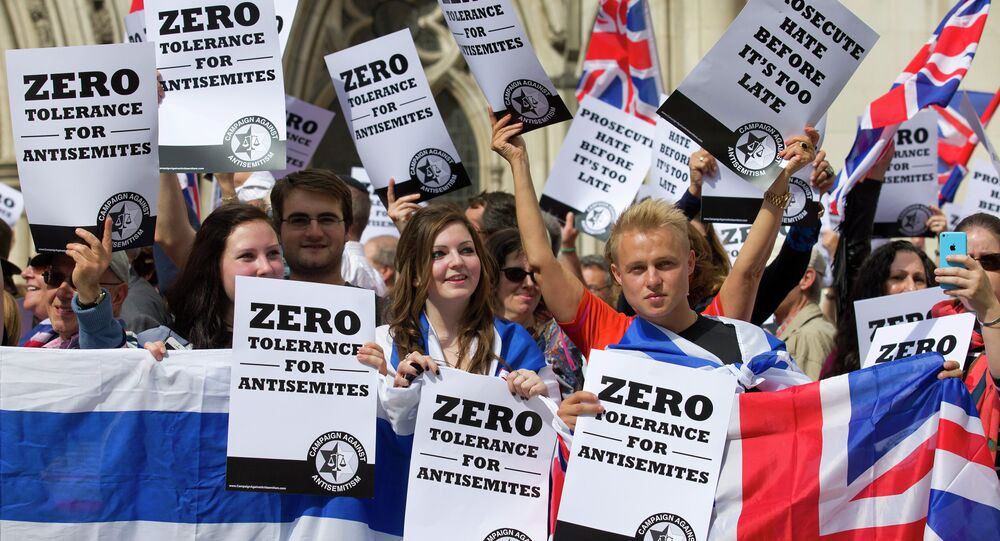 The news comes as concerns about anti-Semitism spread across some European countries like wildfire. On Tuesday, 19 February, protestors gathered across France to denounce an apparent uptick in attacks in the country.

A lecturer at the University of Essex has reportedly been suspended amid an anti-Semitism row engulfing the institution, which was brought to national attention after 200 students voted to oppose the establishment of a campus-based Jewish society.

Concerns about the nature of a number of social media posts by Dr Maaruf Ali were allegedly brought to the university's attention by a number of Jewish students, including one in which he allegedly wrote of efforts to create a student Jewish society, "the Zionists next want to create a society here at our university."

After combing through Dr Ali's rather incendiary comments, university authorities have now suspended him pending further investigations, according to a statement released by the institution.

Yet, Mr Ali's post about the society was not the first to open him up to accusations of anti-Semitism. In 2018 he posted out on Facebook that "in all of German Occupied Europe, there resided 2.4 million Jews before the war, according to the world Jewish encyclopedia. After the war, 3.8 million Jewish 'Holocaust survivors' were receiving pensions from the German government." The quote continues: "Tragically, the remaining 6 million were lost."

Mr Ali's expulsion comes on the heels of a shock vote at Essex in which 200 students — said to be about a third of those polled — voted to oppose the setting up of a Jewish society.

Despite those votes, Essex's student union has confirmed that the Jewish Society will be established anyway. A spokesman for the union posted out on Twitter that: "the Students Union's Sabbatical Officer team has met and, following a discussion with the Trustee Board, we have jointly made the decision to immediately ratify the Jewish society."

Jewish Society gets ratified by the Students' Union pic.twitter.com/Ba1ex0OKOu

​The institution's Vice-Chancellor, Professor Anthony Forster, has issued an action plan of measures that the university will take in order to combat further anti-Jewish sentiment, including, "holding a public event on Thursday, February 28 at 1pm, in support of our Jewish community, to which staff, students and members of the public are invited."

"Antisemitism is antithetical to the values of the University of Essex and has no place at our University." Our Vice-Chancellor makes our position clear on antisemitism. pic.twitter.com/1KgVPADerS

​The news comes amidst swelling concerns in the UK over a spike in anti-Semitic attacks. According to the Community Security Trust, there were over 100 alleged anti-Semitic attacks in the UK per month in 2018. Yet, the phenomenon is not restricted to Britain: this week French president Emmanuel Macron took to the stage to denounce what he called a "resurgence of anti-Semitism" to levels "unseen since World War II."