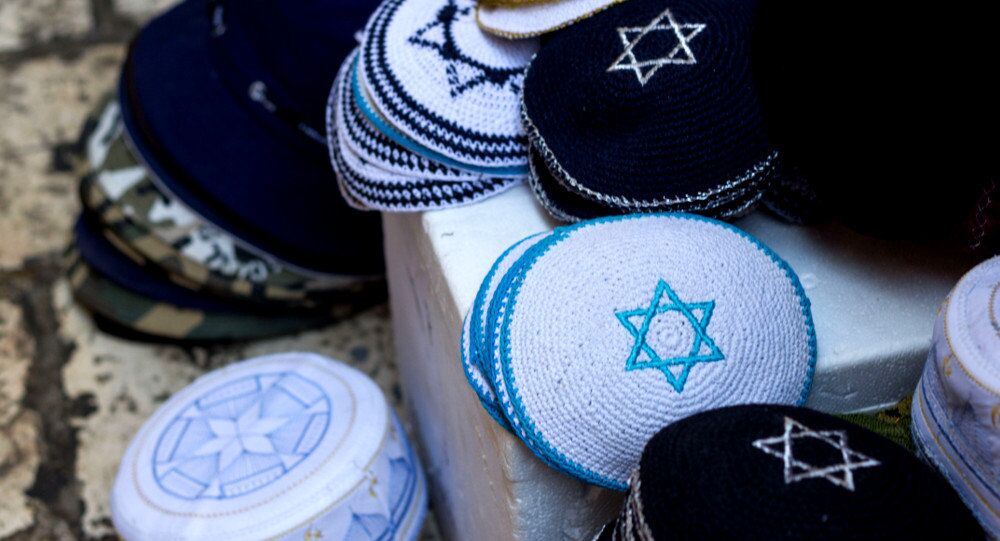 Thousands of French citizens and representatives from over a dozen political parties took to the streets of cities and towns across France on Tuesday to denounce growing anti-Semitism in the country.

The France 3 national broadcaster revealed on Wednesday why it was forced to cut a live Facebook feed of President Emmanuel Macron's Tuesday visit to a Jewish cemetery which had been desecrated and vandalised by swastikas and anti-Semitic slogans.

© REUTERS / Vincent Kessler
About 80 Jewish Graves Desecrated With Swastikas at Cemetery in France
According to the broadcaster's webpage, the cut in the feed of Macron's visit to the village of Quatzenheim, where over 80 graves were vandalised, was necessary due to a series of "openly anti-Semitic and racist comments" directed at Macron and representatives of the Jewish community in the feed's comments section.

"We're talking about explicit death threats," and comments "including 'Heil Hitler', 'dirty Jew' or 'dirty Jews'," France 3 clarified, noting the feed was inundated with the "vile" comments "within minutes," exceeding the network's ability to moderate them.

"We refuse to traffic in hatred," the channel noted, while emphasising that the comments were those of a "minority of internet users."

People across France took to the streets on Tuesday under the motto "No to Anti-Semitism" amid the growing number of attacks against the Jewish minority. The string of marches included a rally by some 20,000 people in the centre of Paris.

Home to an estimated 500,000 Jews, France has the world's third-largest Jewish community. Unfortunately, recently published French Interior Ministry statistics found that some 541 attacks believed to be based on anti-Semitic grounds took place in 2018, up a whopping 74 per cent compared to 311 similar attacks registered in 2017.

© CC0
Anti-Semitic Hate Incidents in the UK 'UP 16% in 2018'
In response to the growing violence, Israeli cabinet minister Yoav Galant called on French Jews to emigrate to Israel.

President Macron, for his part, promised to "take action…pass laws, and…impose punishments" against the perpetrators of the cemetery attack, saying that those responsible were "not worthy of the Republic."

French Prime Minister to Partake in March Against Anti-Semitism - Reports