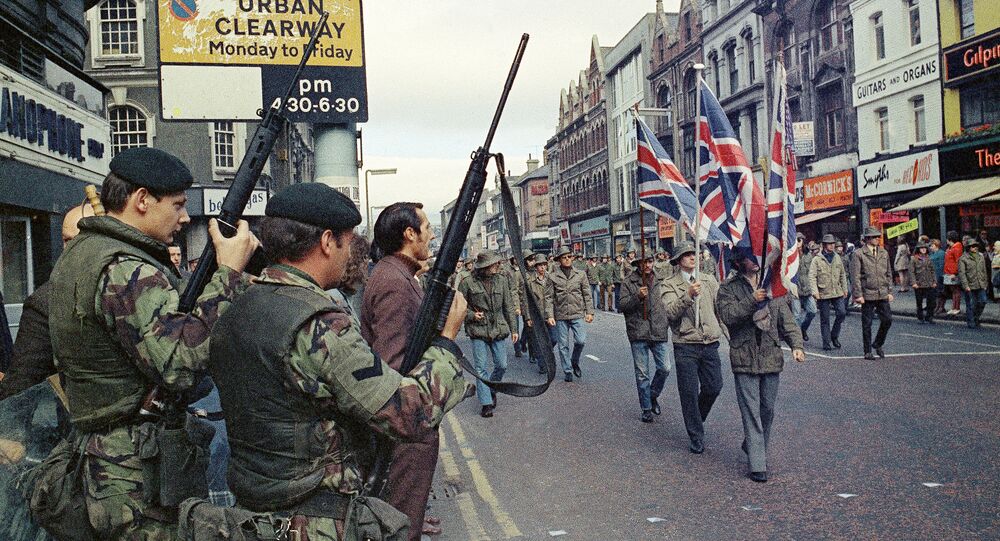 Similar claims were previously made by fellow former RUC officer Billy McCaughey, now deceased, who was in 1980 convicted along with Weir for the murder of a chemist in Ahoghill in 1977.

Former Royal Ulster Constabulary officer and Ulster Volunteer Force operative John Weir has claimed British military intelligence initiated a plan to carry out a massacre at a Catholic primary school in County Armagh in the 1970s.

Weir, a member of the UVF's notorious Glenanne Gang — a secret alliance of Ulster loyalists who carried out shooting and bombing attacks against Catholics and Irish nationalists, and are linked to at least 120 murders — made his incendiary allegation in the new documentary Unquiet Graves, which premieres in Belfast 21 February.

He says "the plan was to shoot up a school in Belleeks", in retaliation for the January 1976 Kingsmill massacre of January 1976 in which 10 Protestants were shot dead by the IRA — the plot was formulated in order to make the Troubles "spiral out of control" into a full civil war. It was only cancelled because the UVF leadership considered it a step too far.

The allegation has been corroborated by the Historical Enquiries Team.

Years in the Making

Unquiet Graves is the work of filmmaker Sean Murray, who spent four years researching and producing the project. He suggests "hawks" within British intelligence were responsible for the plot, and "there was an internal power battle going on" at the time.

"There were people who would have been against that, but the hawks wanted a gloves-off approach to the IRA. It's quite revealing the UVF were unwilling to go through with this. Films like this are the only viable option for some semblance of the truth for victims, particularly against state violence," he added.

© AFP 2020
Irish Republicans Welcome Reopening of Investigation Into ‘Bloody Sunday’
The Police Service of Northern Ireland has recently been criticised for not releasing files to the Police Ombudsman related to the 1992 mass-shooting in Sean Graham bookmakers, in which five Catholics — including 15-year-old James Kennedy — were murdered by the Ulster Defence Association.

"Trust needs to be built for both communities to move on. I viewed [loyalist groups] as de facto paramilitary groups. I'm still willing to speak and work with former members to move forward. It's OK to sit in 2019 and reflect that these people were psychopaths. In many ways, they were born into an era when this was sanitised. It was normal behaviour in many working class areas. I think admitting this is a great justice to the victims. Without [Weir], I'm not sure a lot of families would get some semblance of truth," he concluded.

'Irish Flag Should Not Be Disrespected' During Protestant Anniversary in Ulster