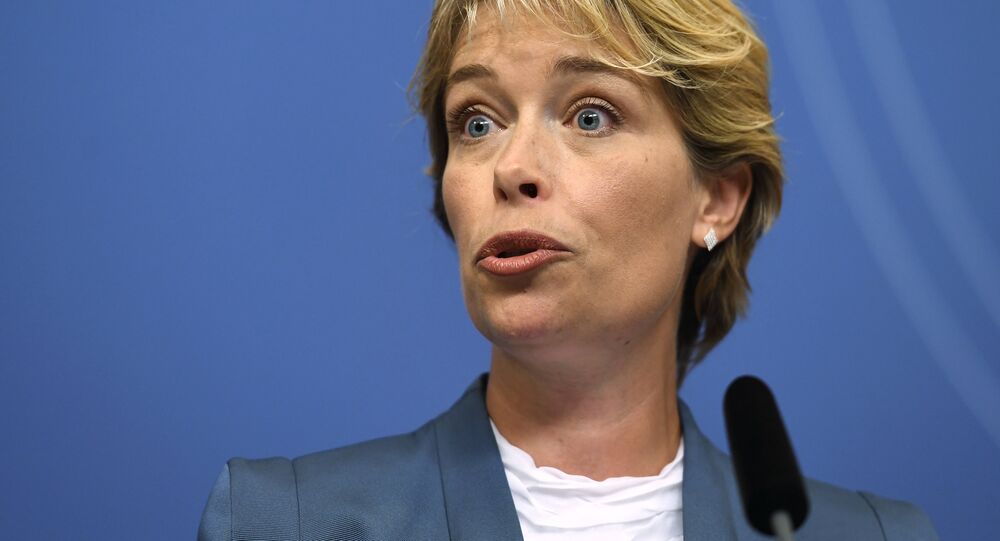 Sweden and Hungary have been embroiled in a bitter quarrel after a Swedish cabinet minister made a controversial comparison between Budapest's pro-family policy and that of Nazi Germany.

The Hungarian ambassador to Sweden has been summoned to a meeting with representatives of the Foreign Ministry as part of the escalating verbal exchange of fire between the two nations.

"What else should Hungary want if not Hungarian children born in Hungary? <…> So I believe what this poor sick creature has said is an abnormality in itself", Zsolt Semjen said, as quoted by Swedish national broadcaster SVT. During the interview, he referred to Annika Strandhäll on several occasions as "poor creature". He also stressed that the Hungarian government is helping women to become mothers, stressing that anyone who questions the laws of nature is sick.

According to Swedish Foreign Ministry spokesman Pezhman Fivrin, these statements were unacceptable and triggered the summons.

"These are the statements that we find unacceptable," Fivrin told Swedish Radio.

Annika Strandhäll herself stressed "major differences" between the family and gender equality policies of Sweden and Hungary in a written comment to SVT. "There are political differences, and it is important to be able to conduct a discussion on politics without resorting to personal attacks," the author of the Nazi simile wrote. Strandhäll stressed that she will not answer Semjen's statement, yet called for more dialogue between Sweden and Hungary.

Sweden and Hungary have chosen diametrically opposed immigration policies. While Sweden, a nation of 10 million, has taken in over 200,000 migrants since the onset of Europe's migrant crisis, Hungary, with its similar-sized population, has effectively opposed non-white immigration, which landed Budapest in a bitter conflict with Brussels. At present, a quarter of the Swedish population have an immigrant background, which has contributed to Sweden's fertility rate of 1.85 births per woman. Hungary, by contrast, remains 93 percent Hungarian, yet has a fertility rate of 1.45 births per woman, which is below the EU average.