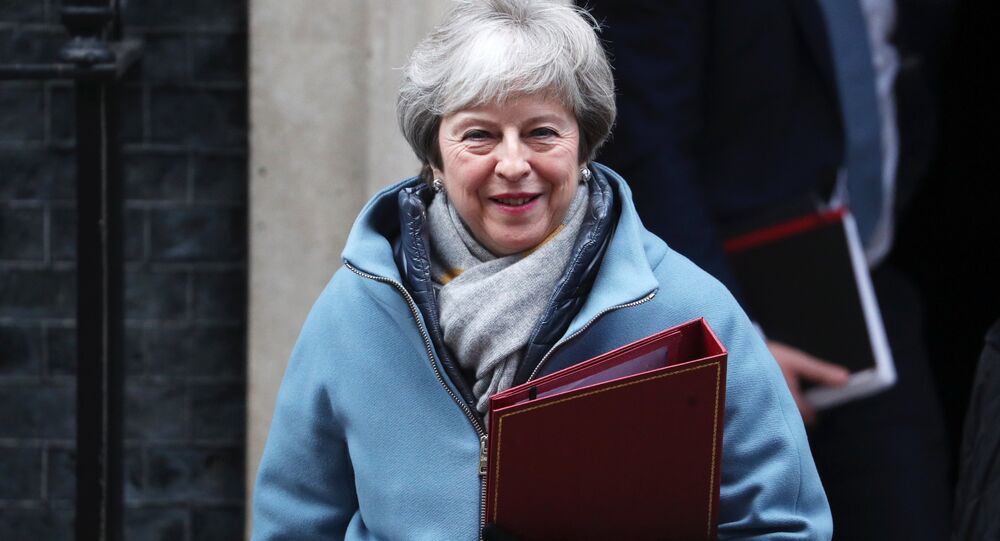 MOSCOW (Sputnik) - UK Prime Minister Theresa May will present new proposals on the Irish border backstop issue in a new attempt to gain support for the deal on the country's withdrawal from the European Union, local media reported on Wednesday.

According to The Guardian newspaper, the prime minister will meet President of the European Commission Jean-Claude Juncker in the Belgian capital of Brussels in order to secure legal guarantees that the possible backstop agreement will not permanently bind the United Kingdom to the EU Customs Union.

© AP Photo / Tim Ireland
#BREXIT: Without Negotiated Alterations to Backstop the Deal is Off the Table - Analyst
The Irish border issue has been the stumbling block in the EU-UK Brexit talks. Both sides have been seeking to avoid a hard border on the island of Ireland, expressing concerns that it may shatter the hard-won peace in the region. In November, Brussels and London agreed on the Brexit deal, including the so-called backstop that would be put into practice if the sides failed to agree on all the terms of their relationship by the end of the Brexit transition period. The backstop would keep Northern Ireland in the EU Customs Union if London and Brussels failed to reach the deal.

The UK parliament however rejected the Brexit deal mainly due to the backstop issue and tasked the government with seeking "alternative arrangements" with regard to the Irish border issue.

The United Kingdom is set to leave the European Union in late March. The Brexit procedure still remains unclear due to the UK lawmakers' decision to reject the deal reached by London and Brussels.

Backstop is Far From Only Problem May is Facing - Journalist

Brexit: EU’s Juncker Says There’s No Way to Have Unilateral Exit From Backstop