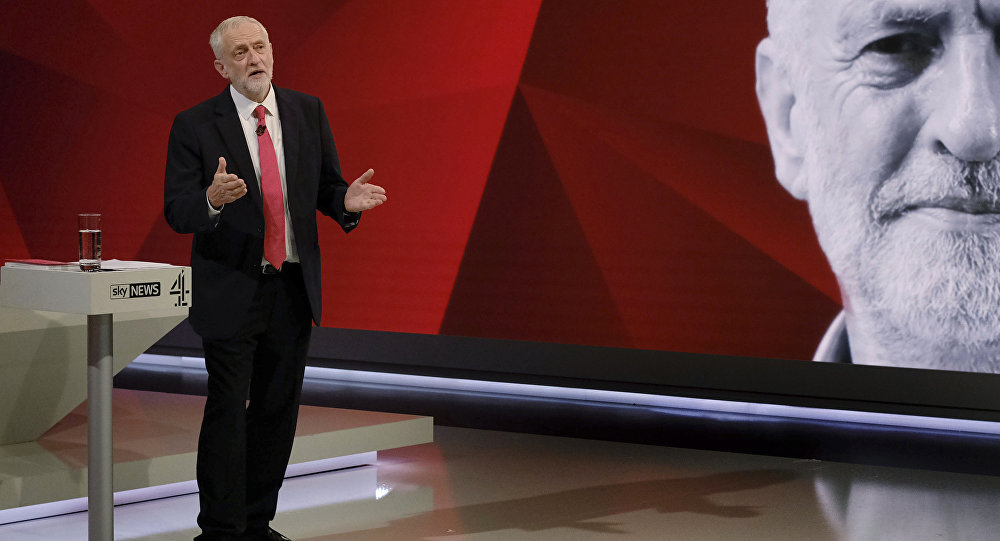 Months after Mr. Hatton said he had been readmitted, a source within Labour confirmed the news, which comes 34 years after he was accused of setting an illegal city budget as a protest against the UK's then Conservative-led government and its budget spending cuts.

Derek Hatton, the former deputy leader of Liverpool City Council, has been readmitted to the Labour Party over 30 years after he was expelled from the party for being a member of the Militant tendency.

Hatton, 71, was reinstated into the party at a Labour party disputes panel meeting last week, according to the Mirror. The news came hours after seven centrist MPs quit the Labour party on Monday and formed the splinter faction known as the Independent Group, which accused the party of being taken over by the "hard-left" under UK Labour leader Jeremy Corbyn.

© AP Photo / Stefan Rousseau
Seven Labour MPs Resign from Party Over Brexit, Antisemitism Scandals
"During that 30-odd years that I was expelled, I never once stood against, supported, voted against any Labour candidate", Mr. Hatton told the Mirror on Monday.

"It's very topical it should be at the time when seven members resigned today because obviously there were times when it was very tempting to go a different way — during the Iraq War, loss of Clause IV, many things — but I believed then as I believe now the Labour Party is the political arm of the trade union movement."

"Whatever is happening, that's the place to stay," Mr. Hatton added.

READ MORE: Seven Splitters: Who Are MPs Who Have Quit Corbyn's Labour Over Anti-Semitism?

Some MPs have lambasted Labour's move to readmit Mr. Hatton, with some calling it a "slap in the face" following the Independent Group's formation.

Seven MPs resigned from the Labour party in a surprise press conference on Monday, citing claims that Mr. Corbyn had facilitated an "appalling culture" of antisemitism and "hard-left" politics. The party has also faced growing pressure on Brexit amid cross-party negotiations with UK Prime Minister Theresa May, with Mr. Corbyn demanding five legally-binding commitments to the Prime Minister's Brexit plan before agreeing on it.