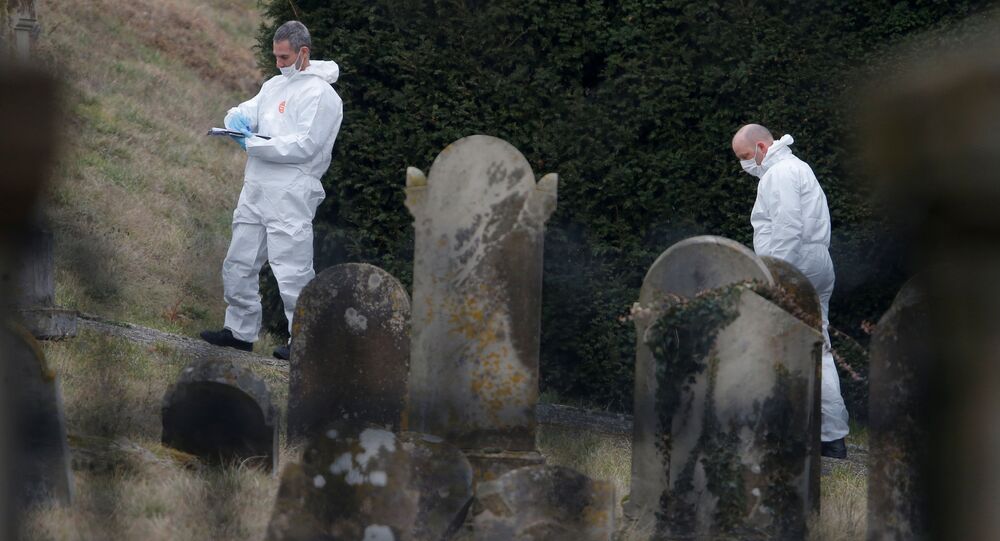 About 80 graves were desecrated at a Jewish cemetery in eastern France, BFMTV reported, citing police in the Lower Rhine department

"On Tuesday, 19 February, about 80 graves at the Jewish cemetery in the commune of Katzenheim were found desecrated," the police prefecture communiqué said. Tombstones were tagged with blue swastikas allegedly by a local group of neo-Nazis.

Law enforcement officials strongly condemned what has been described as an "anti-Semitic act".

According to reports, the graves were defaced with the Nazi symbols using blue spray paint.

The incident happened at a cemetery in the village of Quatzenheim in the early hours of Tuesday morning, town hall officials told the franceinfo website.

© REUTERS / Phil Noble
Seven Splitters: Who Are MPs Who Have Quit Corbyn's Labour Over Anti-Semitism?
On Tuesday, marches against anti-Semitism are planned throughout France. This initiative was launched by a number of political parties, including the socialists, President Macron's "Forward, Republic", and the Republicans, who are calling on the French to hold demonstrations throughout the country under the motto "No — to anti-Semitism".

French Prime Minister Edouard Philip and other members of the government, as well as former French presidents Francois Hollande and Nicolas Sarkozy are expected to take part in the Paris march. French President Emmanuel Macron announced that he will visit the Holocaust Memorial in Paris on Tuesday evening.

According to the French Interior Ministry, 541 allegedly anti-Semitic attacks were recorded in France in 2018, 74% more than in 2017, when the figure was 311.