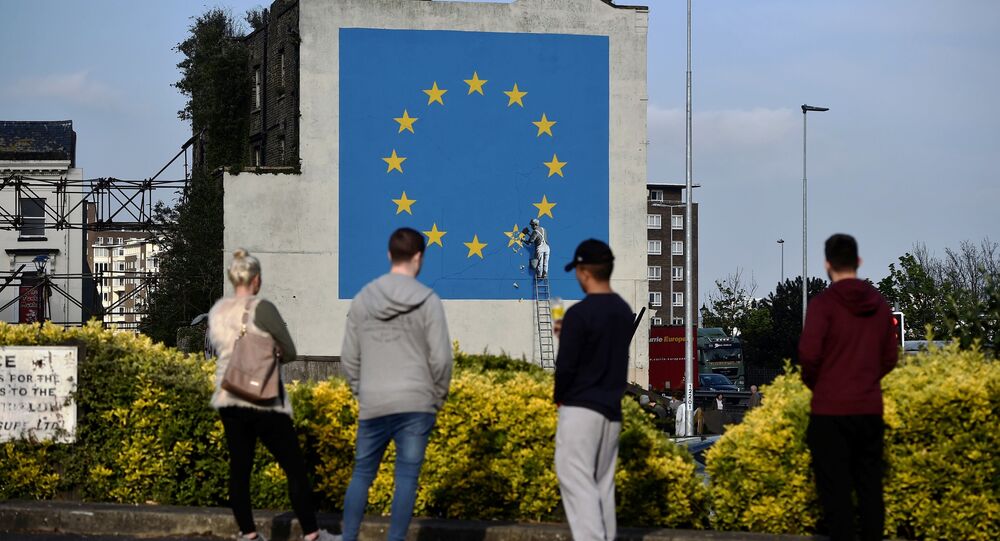 As 29 March – the UK’s scheduled departure date from the European Union - inexorably approaches, supermarkets are stockpiling food in the expectation of major border disruption.

Food shortages caused by Brexit could lead to people being forced to eat "tons of British leeks", an anonymous supermarket boss has told The Independent.

An executive at one of Britain's four major supermarket giants told the newspaper said it was not necessarily possible to source all the required food from the UK.

"People just say we'll eat more British produce but…would people be happy to start eating tonnes of leeks? I'm not sure. We know from our members they are investing staggering sums into getting ready for the worst possible no-deal scenario. The sums are so large manufacturers need to pass it on to their customers, the retailers," they said.

“Tesco chairman John Allan said that it was stockpiling goods with a long shelf life but that its options for fresh produce was more limited.
"So provided we're all happy to live on Spam and canned peaches all will be well," he added.” #cantwaittogethome 🙂

​Tesco Chair John Allan has also stated his chain was stockpiling long shelf-life goods, but there were limited options for fresh produce — as long as Britons were "all happy to live on Spam and canned peaches", he said, "all will be well".

Experts have frequently warned there is likely to be an increase in food prices and a shortage of fresh produce, should the UK leave the EU without a deal — the country imports roughly 50 percent of its food, with the bulk of it entering via Dover, so any potential gridlock could have a seismic impact, even if temporarily.

In January, it was revealed 'Brexit survival kits' costing hundreds of pounds and comprised of basic consumer essentials — including enough freeze-dried food to last 30-days, fire-starting gel and a water filter — that may be scarce or unavailable in the event of a 'no deal' secession were being sold by a number of firms.

© AFP 2021 / JUSTIN TALLIS
UK Police to Kick Off Drills Tackling Unrest in Case of No-Deal Brexit - Reports
Zaid Al-Mufti, sales director at emergency preparedness firm EVAQ8, says there have been several significant upticks in sales of its emergency survival kits since June 2016. For instance, in July 2018 it was revealed Amazon UK chief Doug Gurr had warned Brexit secretary Dominic Raab Britain could face "civil unrest" in the event of a no deal secession — the firm's sales rocketed by 52 percent. A week later, when Raab confirmed the government was stockpiling food for such an eventuality, sales leaped 103 percent.

"We see sales spikes when news headlines, in this case, stockpiling, remain the focus of reporting for several days in a row. People are mainly stocking up on long shelf-life food. The government has always advised citizens to have three days-worth of provisions in case of major disasters, and this is no different. For those concerned about food shortages, I suggest doing some research, buying mostly dried goods and medications — freeze dried food in tins makes sense," Al-Mufti told Sputnik.