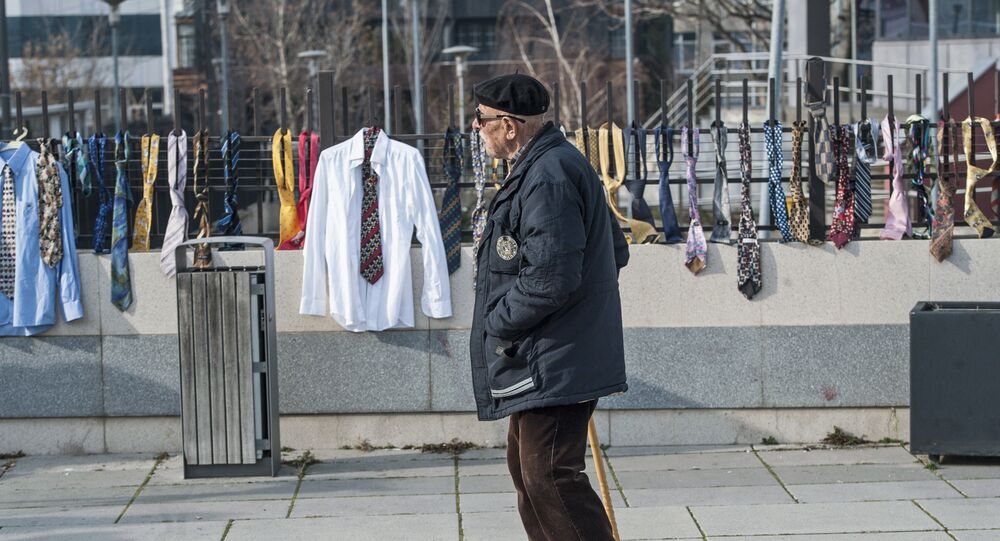 BELGRADE (Sputnik) - Serbia is striving to avoid a humanitarian crisis in the autonomous region Kosovo and Metohija that would be provoked by Kosovar and Albanian authorities imposing 100 percent import duties on goods coming from central Serbia, Marko Duric, the director of the Serbian government’s office for Kosovo and Metohija, told Sputnik.

"Serbia has always found ways to help its citizens in Kosovo and Metohija to get out of tough situations, and this time, with great difficulties, we manage to prevent a humanitarian crisis. There are ways to deliver goods from central Serbia to consumers in our southern autonomous region, but this situation is volatile and, in any case, unacceptable," Duric said.

He added that the Serbs in their southern autonomous region were suffering losses due to the trade blockade but that much more serious consequences were resulting from an atmosphere of distrust in the region.

"The creation of an atmosphere of distrust and the impression that Serb-Albanian disagreements cannot be resolved peacefully and in a civilized way have much more serious and far-reaching consequences. This is Pristina’s main intention and the main effect of its unilateral steps, and we, of course, condemn it as a dangerous and irresponsible strategy, while being fully aware of what it may lead to," Duric explained.

© Sputnik / Iliya Pitalev
Problem of Kosovo Will Not Be Solved Soon – Serbian President Vucic
In November 2018, the cabinet of the Kosovar region imposed 100 percent import duties on all products originating from central Serbia, and Bosnia and Herzegovina and banned all goods that were improperly marked, citing the alleged hostility of the two countries toward Pristina. As a result, the Serb-populated areas of the region now have shortages of food and medicine. Serbia, according to its Ministry of Trade, lost 90 million euros ($101.7 million) in export to Kosovo over 80 days.

In 1999, the armed confrontation of Albanian separatists from the Kosovo Liberation Army, the Serbian armed forces and police led to the bombing of the former Federal Republic of Yugoslavia, which then included the territories of Serbia and Montenegro, by US-led NATO forces.

In March 2004, Albanian militants attacked Serb communities, which led to the mass resettlement of Serbs from the autonomous region and the destruction of numerous historical and cultural monuments.

Kosovar-Albanian structures in Pristina unilaterally proclaimed independence from Serbia on February 17, 2008. The self-proclaimed republic is recognized by over 100 UN member states. Serbia, as well as Russia, China, Israel, Iran, Spain, Greece and a number of other countries do not recognize Kosovo’s independence.