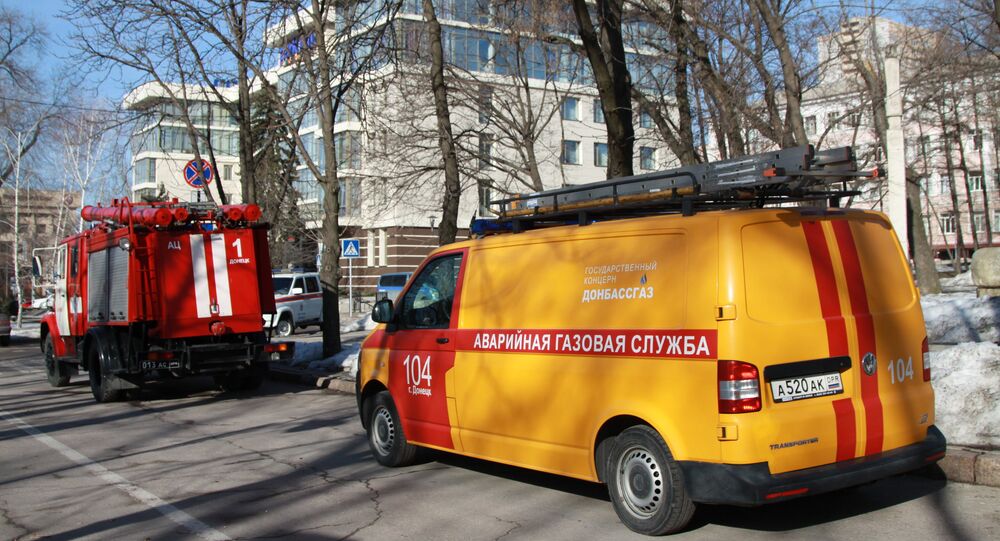 Three explosions went off in central Donetsk, with two of them happening near the hotel where representatives of the Organization for Security and Co-operation in Europe mission stay, the authorities of the Donetsk People's Republic (DPR) said Monday.

"There have been three explosions. The details are being studied," a representative of the DPR interior ministry told Sputnik.

The explosions were the result of an attack by Ukrainian drones, a spokesman for the DPR security services told reporters.

© Sputnik / Igor Maslov
Donetsk People's Republic Head Zakharchenko Killed in Bomb Blast
According to the preliminary information by the emergency services, no one was hurt in the incident.

The explosions in central Donetsk didn't result in any injuries or property damage, a representative of the Voroshilovsky district administration told Sputnik on Monday.

Law enforcement officers are currently investigating which explosives were used.

According to eyewitnesses, the area around the scene of the incident near 7 Pushkin Boulevard, where agencies of Donetsk's de facto government are located, has been cordoned off. Police and firefighters have responded and are on site.