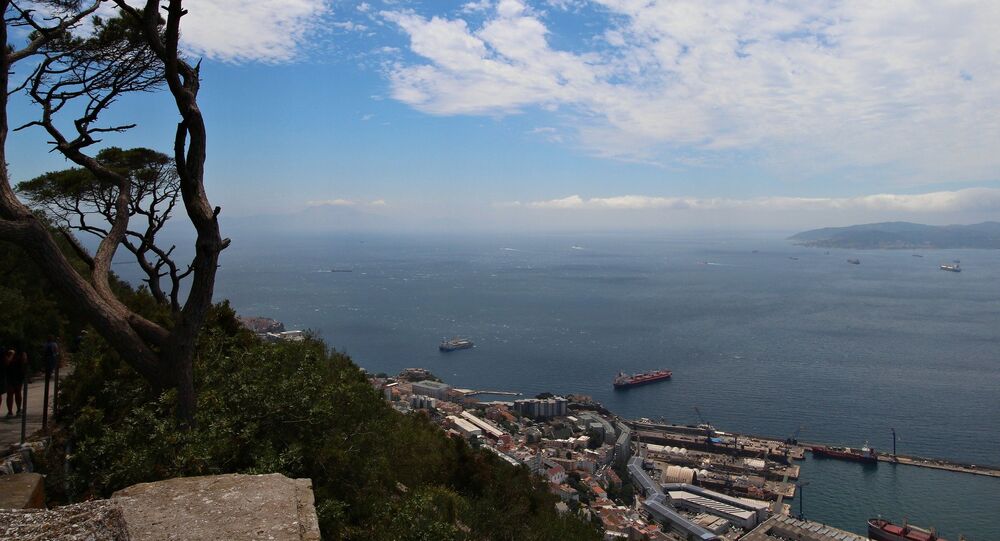 Royal Navy ships have been deployed in response to the incident, which was described as a "foolish game" by a spokesperson for the government of Gibraltar, a British overseas territory. The incident comes amid UK-Spanish tensions over Gibraltar which have reached a fever-pitch as the 29 March date for Brexit approaches.

When asked about Sunday's incident involving a Spanish warship in Gibraltar waters, British Defence Minister Gavin Williamson pledged on Monday that the UK "will always be there to defend our sovereign interests and defend Britain's national interests".

The crew of a Spanish warship ordered commercial vessels to leave Gibraltar waters, a spokesman for the government of the UK overseas territory said on Sunday, accusing the Spanish ship of trying to take "executive action" against the commercial vessels.

"There is only nuisance value to these foolish games being played by those who don't accept unimpeachable British sovereignty over the waters around Gibraltar as recognised by the whole world in the United Nations convention on the law of the sea. It seems there are still some in the Spanish navy who think they can flout international law," The Guardian quoted an unnamed spokesman as saying.

He added that the after being challenged by the Royal Navy ships which were deployed in response to the incident, the Spanish warship "sailed slowly along the Gibraltar coast with its weapons uncovered and manned".

The spokesman pointed out that the Gibraltar government is "verifying every aspect of the incident in order to ensure that appropriate action is taken as soon as possible".

In an audio recording of a radio exchange, a warship crew can be heard telling the vessels to "leave Spanish territorial waters" as one of the ships' crew members asked the Spanish warship "to verify you are referring to our ship” because they are anchored at Gibraltar.

"We are not adrift – we are at anchor now", he says, before being told again to leave Spanish waters.

The boats, which had been told to leave, were ordered to remain by the Gibraltar Port Authority during the incident, which came after a Royal Navy boat was scrambled to intercept a Spanish vessel which tried to shadow the HMS Talent as the nuclear submarine was leaving Gibraltar late last week.

"It's outrageous behaviour yet again from Spain. Their boat was landside and shouldn't have been there. It only pulled off once the Royal Navy boat came towards it,"a source in Gibraltar was quoted by The Sun as saying.

© REUTERS / Jon Nazca
What is Awaiting Gibraltar Amid Brexit?
A small peninsula extending past the southern coast of Spain,  Gibraltar has been a British Overseas Territory since 1713, when Spain ceded it to Britain under the Treaty of Utrecht.

The region's residents rejected the idea of Spanish sovereignty in 1967 and joint UK-Spanish authority in 2002.  Gibraltar is slated to exit from the EU, together with the rest of the UK, in March 2019.