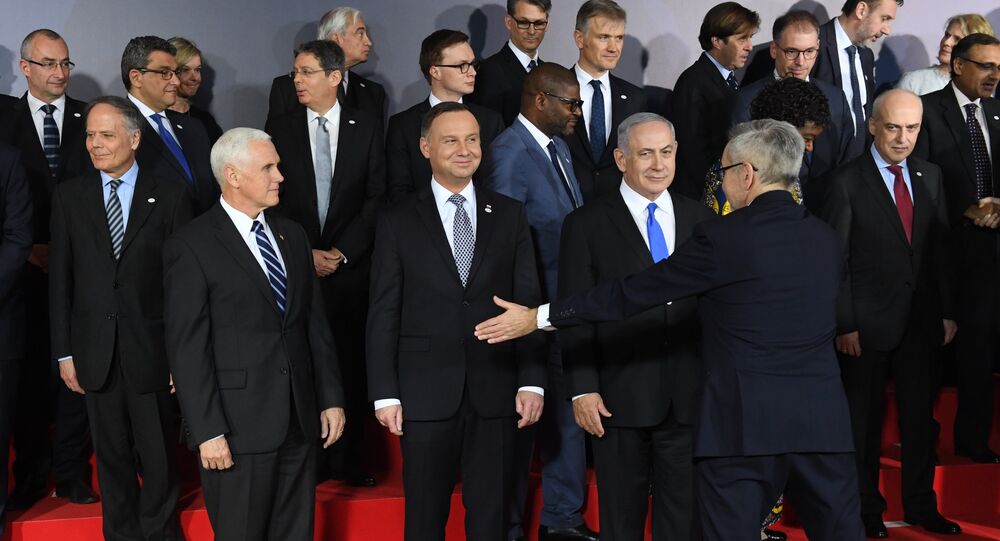 Poland’s foreign minister is expected to attend a Visegrad gathering of four central and Eastern European states in Jerusalem instead of the country’s head of state after reports that Prime Minister Benjamin Netanyahu appeared to blame the Polish nation of collaborating with the Nazis in the Holocaust.

Polish Prime Minister Mateusz Morawiecki told Israeli Prime Minister Benjamin Netanyahu that he has cancelled a visit to Israel, where the Visegrad summit is to start on Monday. The two heads of state spoke over the telephone, spokeswoman for the Polish government Joanna Kopcinska told journalists. Polish Foreign Minister Jacek Czaputowicz will attend the gathering of four Central and Eastern European nations in Jerusalem instead.

The news comes in the wake of reports about comments on Polish complicity with the Nazis during World War II that Netanyahu allegedly made while speaking on the sidelines of the Middle East conference in Warsaw.

Netanhayu responded to a question as to whether he was willing to go along with Poland’s whitewashing of history with regard to the Holocaust, reportedly saying that “Poles cooperated with the Nazis. I know the history and I don't whitewash it. I bring it up", adding, according to news outlet Haaretz, “the Poles collaborated with the Nazis and I don't know anyone who was ever sued for such a statement".

However, the account in The Jerusalem Post said "Polish nation", quoting Netanyahu indirectly, which prompted backlash. Commenting on the story, the Israeli Prime Minister’s office issued a statement saying that The Jerusalem Post had misquoted him. The outlet later published a correction.

After Polish Deputy Foreign Minister Szymon Szynkowski vel Sek said that they wished the issue "to be clarified unequivocally". In another statement, the Israeli prime minister also clarified that his remarks on the matter, which remains a sensitive issue in Poland, had not cast any blanket blame.

"In a briefing, PM Netanyahu spoke of Poles and not the Polish people or the country of Poland”, the statement said.

It is now a crime in Poland to in any way attribute blame to the country for the genocide of Jews that took place across Europe by the Nazis during World War II. A controversial law was passed last year, also known as the Holocaust Bill, which was deeply unpopular in Israel because it was felt that Poland was trying to suppress discussions about the killing of Jews by Poles during the Nazi occupation of the country.