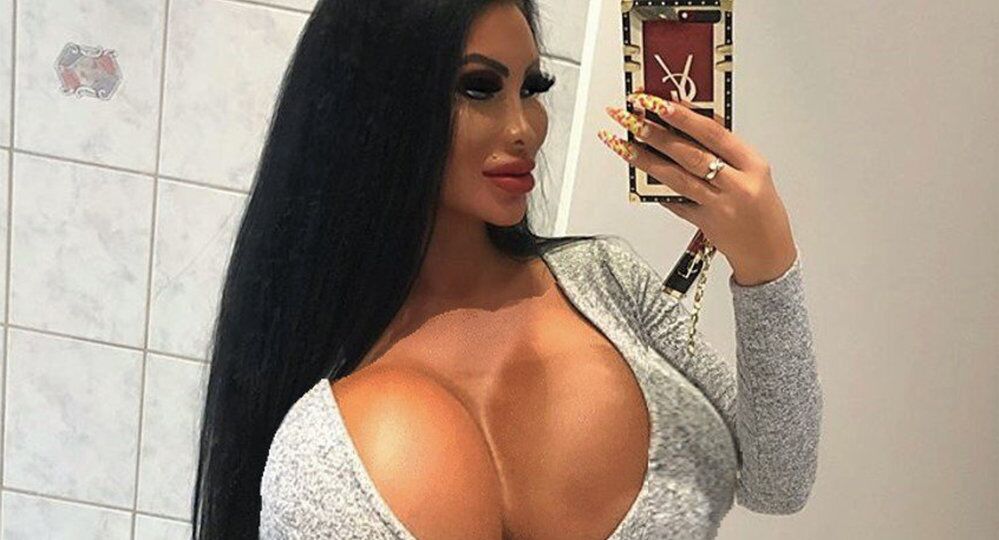 The glamour model from Plymouth was just 23 years old when she went under the knife for the first time after realising that all the girls in an exotic London club, where she worked as a dancer, had had a boob job.

Speaking exclusively to Daily Star Online, Anna Pearn, who boasts a 34RR bra size, has made a bombshell revelation: she makes money from selling her used lingerie.

"I have probably made close to £30,000 from selling bras and underwear. Normally I sell stuff – bras mostly – from anywhere between £200-£500. But one guy wanted a particular bra when I did a shoot, so he paid me £950. I tend to sell more or get stuff from my Amazon wishlist around the end of the month – when lads get paid".

The 28-year-old fetish model has admitted that over the three years she’s been selling her own underwear, she has faced some weird requests, in particular from one married man.

"This bloke sent me his wife’s bra and wanted me to wear it for the day. I didn’t do it, partially because there was no way it was going to fit and also it felt a bit freaky".

The busty brunette then claimed that her huge breasts don't affect her performance in the bedroom:

"I do find that some lads really obsess over my boobs and that isn’t much fun for me sexually. I was with one partner like that but thankfully it’s not the case with who I’m seeing now. [I do get a lot of male attention] it goes with what I do for work and most of the time I don’t mind it and can handle the unkind comments. Sometimes like if I’m out with my mum and the comments come, or someone wants a photo, that’s a bit intrusive".

Anna was initially influenced to do her first ever procedure because of her job at an exotic club when she was 23.

"It was work related and then I met my (now ex) husband and he was into big boobs and I had mine done three times when we were together. I think after that I was approached more for work and realised that I got more jobs/bookings. So I’ve had them done twice since we divorced. Six times altogether".

Lazy day for a change…just to charge my batterys before #Vegas #AVN2019 And wanted to wish you all a lovely #TittyThursday. Spread the love 💋💋#34RR #XXLimplants #annaalps pic.twitter.com/Wa5LLYq35x