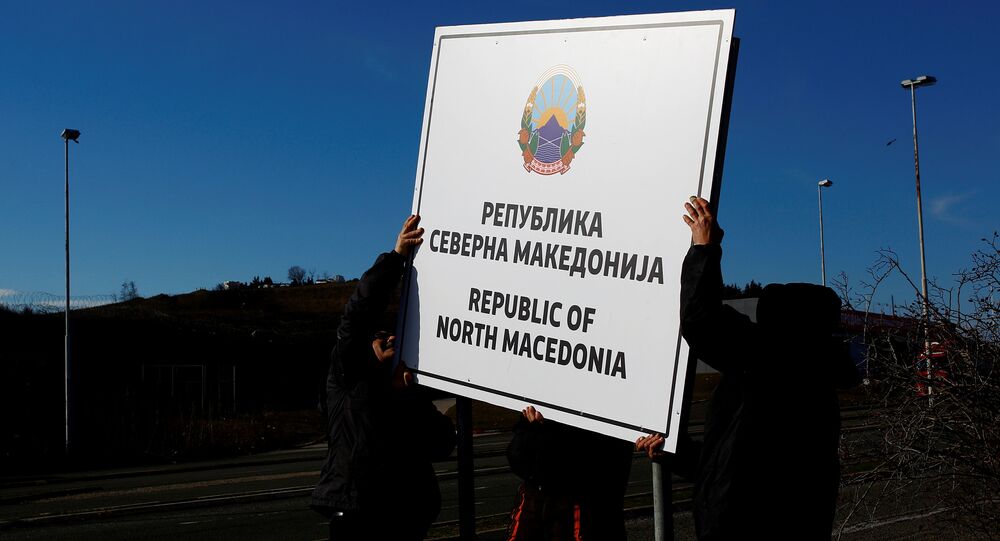 TBILISI (Sputnik) - The foreign ministers of Georgia and Northern Macedonia, David Zalkaliani and Nikola Dimitrov, signed an act "On the establishment of diplomatic and consular relations" between the countries, the Georgian Foreign Ministry reported on Saturday.

The parties signed a document at a meeting at the Munich Security Conference, the ministry said.

Historic day!Welcome the establishment of diplomatic relations between #Geo and #Republic of North Macedonia that opens up new vistas for a wide range co-operation.Once again congratulate @Dimitrov_Nikola on the historic deal and signature on @Nato accession protocol 🇬🇪🇲🇰 pic.twitter.com/gTkOOaG5br

In June, Skopje and Athens signed an agreement on Macedonia's new name — the Republic of North Macedonia — which was met with criticism in both countries.

Nevertheless, the parliament of Macedonia approved on 11 January amendments to the constitution that would change the country's name. The Greek parliament ratified the agreement on 25 January, and it came into force earlier in the week. The official government website, www.vlada.mk, changed the country's logo to "Republic of Northern Macedonia — Government of the Republic of Northern Macedonia."

© REUTERS / Francois Lenoir/Pool
'It's Sad Day For Democracy' – Author Decries Macedonia Signing NATO Accession Protocol
Greece has its own region called Macedonia, which is why it has been objecting to Skopje's use of the name. The dispute had long prevented Skopje from pursuing membership in the European Union and NATO.

NATO states have to ratify the protocol before Skopje can become a full-fledged member. However, it will reportedly begin participating in NATO's institutions as an invitee right away.

NATO has been reportedly increasing its presence in Eastern Europe after the eruption of the Ukrainian crisis in 2014, using the alleged Russian interference in Ukrainian internal affairs as a pretext. Moscow has repeatedly voiced its protest against the Alliance's military buildup, saying that it will undermine regional stability and result in a new arms race.

© CC0 / Pixabay
Greece Hopes to Solve Cyprus Issue After Name Change Deal With Macedonia
Last week, NATO Secretary General Jens Stoltenberg said that Macedonia's accession to NATO shows that the alliance's door is open for new members that adhere to its standards, and NATO is encouraged by Georgia's commitment to reforms on its path toward the alliance membership.

Georgia has been also striving to join NATO for years, with the alliance repeatedly reaffirming its support for Tbilisi's aspirations. Stoltenberg said in January that NATO and Georgia agreed to continue working together on Tbilisi's preparations for joining the bloc.

US Wants ‘Arab NATO’ to Preserve Its Interests in Mideast - Scholar