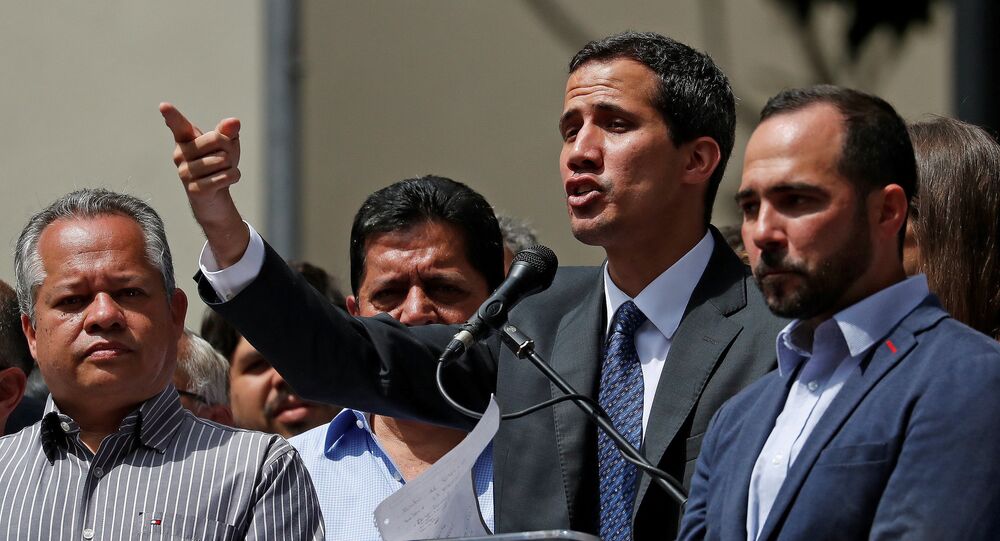 Earlier this week, Washington issued new sanctions against Caracas, imposing restrictions on Oil Minister Quevedo Fernandez and four other individuals close to President Nicolas Maduro, including the head of Venezuelan National Intelligence Service (SEBIN) and the commander of the Presidential Guard.

Russian Foreign Minister Sergei Lavrov stated that the conflict in Venezuela is an internal matter and that the international community should not issue ultimatums to Caracas.

"It turned out that this [peaceful] approach contradicts [US] plans regarding the fate of Venezuela. Instead of applying international law and the UN Charter, they are putting forward these demands and trying to solve the problem by forcing the legitimate president to opt for early elections. At the same time, within the framework of the same demands, Mr Guaido is proclaimed acting president from abroad. The arbitrary character of all these steps, in my opinion, is obvious even to my Western European colleagues, who didn’t talk very willingly about this issue', the minister added.

The turmoil in Venezuela erupted in late January after the head of the opposition-led Venezuelan National Assembly, Juan Guaido, proclaimed himself the interim president.

Russia, Turkey, and China, as well as several other countries, have refused to support the opposition leader, backing Maduro as the country's legitimate president.

The minister also mentioned the false flag chemical attacks in Syria, noting that everybody could see that they were faked from the very beginning. He also criticised the idea of US President Donald Trump creating a new security zone in the northern part of the country.

"[That US] President Donald Trump would create a security zone in northern Syria — I find it difficult to comment on the matter… I think we should focus on the agreements that are being developed within the Astana format… The plans of various countries that have an illegitimate presence in Syria, especially plans that suggest involving even more illegitimate actors there, do not help the issue", Lavrov said

The US officials previously called on the leaders of the UK, Germany and France to create a safe zone in Syria and to send a total of 1,500 troops there in order to protect Kurdish forces in the region from Turkey.