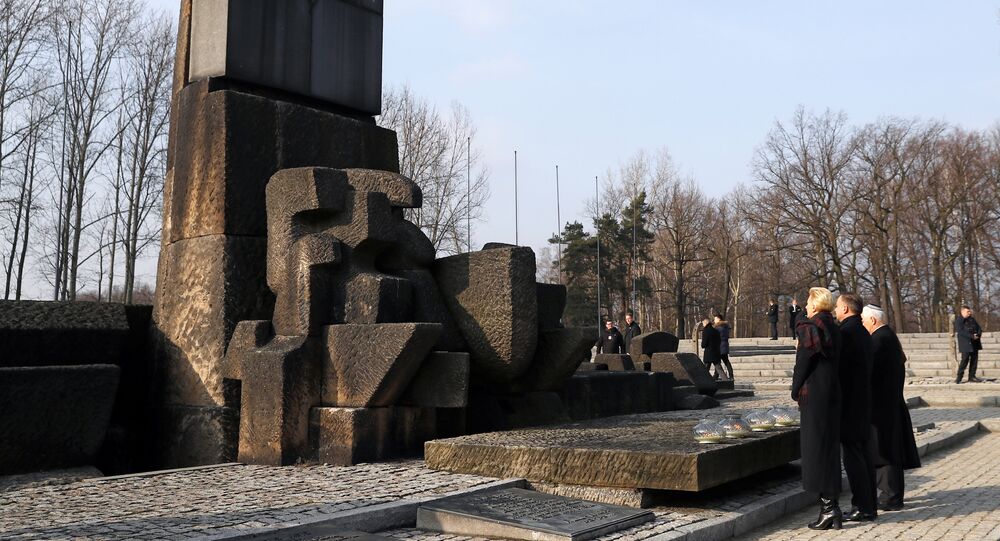 Earlier in the day, US Vice President Mike Pence said during a key conference on the Middle East in Poland that Iran was “the greatest threat to peace and security” in the region.

According to the senior official, his visit to Auschwitz concentration camp made him reflect to "strengthen the resolve of the free world to oppose that kind of vile hatred and to confront authoritarian threats of our time."

"We have the regime in Tehran that's breathing out murderous threats, with the same vile anti-Semitic hatred that animated the Nazis in Europe," Pence told reporters on Air Force Two before landing in Munich.

© AP Photo / Oded Balilty
Pence Claims Iran Plotting 'Another Holocaust' to Wipe Israel off the Map
Pence's speech followed remarks by US Secretary of State Mike Pompeo, who told reporters that "confronting Iran" was a necessary step for any nation that wants to "achieve peace and stability" in the Middle East.

The speech was delivered prior to 55th Munich Security Conference in Germany attended by more than 35 heads of government and heads of state, as well as 50 foreign and 30 defence ministers.

Earlier this week, Israeli Prime Minister Benjamin Netanyahu dove into the limelight over accidentally mentioning a "common interest of war with Iran" that Israel and a number of Arab nations could potentially share.