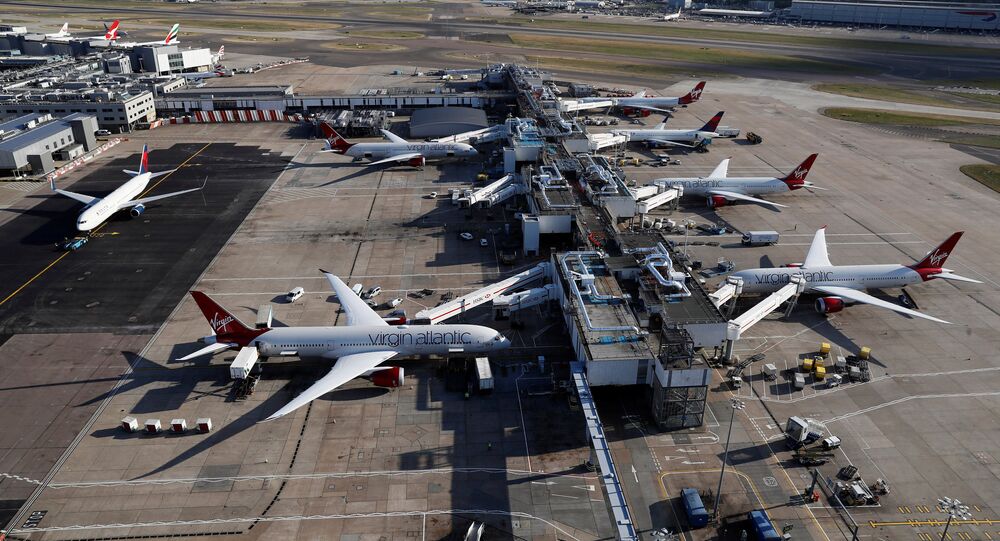 Flying is a mode of travel feared by many, and an incident that happened this week at London’s Heathrow Airport is unlikely to instil confidence.

The pilot of a commercial plane took a dramatic emergency landing in London's Heathrow Airport believing that a door had been left open, yet to his surprise — and no doubt great annoyance — it turned out to be a false alarm, the Sun has reported.

​Reportedly, the incident occurred aboard Thai Airways flight TG917 when the pilot descended into panic mode after being alerted by an internal warning system that a door to the cargo hold had not been shut properly, forcing him to swing the massive Boeing 777-300 around over the English Channel back toward Heathrow. The Sun reports that the pilot "was forced" into dumping "gallons" of fuel into the English Channel before making the emergency landing. Boeing's website says that the plane can carry a weight of about 47,980 gallons of fuel in its tank, which based on current fuel prices, costs around a whopping £60,000.

READ MORE: A Fear of Flying? The Most Destructive Aircraft Crashes Since 2016

There were said to be 344 passengers aboard the aircraft when the incident happened on the morning of Wednesday February 13. One of the passengers Tweeted that, "We've circled the English Channel a couple of times to dump some fuel so that it's safe to land back at Heathrow. Got some engineers checking the plane rn with all of us inside still. I keep hearing there were problems with pressurisation from the captain."

Can’t believe that of all planes, the one I’m on had to turn back to Heathrow an hour into the journey TG917

We’ve circled the English Channel a couple of times to dump some fuel so that it’s safe to land back at heathrow. Got some engineers checking the plane rn with all of us inside still. I keep hearing there were problems with pressurisation from the captain. That’s all so far

​Yet, it was later discovered by Airline officials and engineers that the door was in fact secure, and that a technical error had occurred with the plane's warning system.

Flight Lieutenant Pratana Patanasiri, Vice President Aviation Safety, Security and Standards Department, is quoted by the Sun as saying that the plane was flying at an altitude at 8,000 feet before the incident when the warning system triggered.

"The sensor for the cargo hold door look system showed an irregularity. Flight engineers took about two hours to check the whole aircraft. They found the notification light issue, there were no hazardous irregularities," he said.