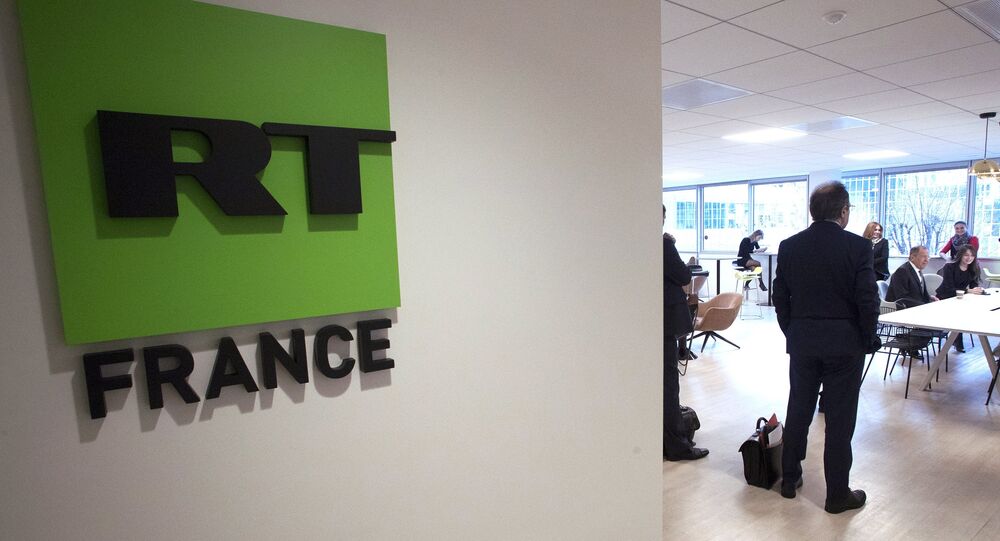 The French intelligence decided that it would be "premature" to make a conclusion about a disinformation strategy, although the RT France reporting had a certain tone, the outlet reported Thursday.

© Sputnik / Vladimir Astapkovich
Russian Ambassador on Paris's Attacks on Sputnik, RT: 'Nothing Hurts Like Truth'
According to the French president, the outlets were buying social network accounts and "trolling" on the Internet. Macron also suggested that the yellow vest protest movement in France was being advised from abroad.

Sputnik and RT Editor-in-Chief Margarita Simonyan refuted Macron's claims of the outlets' buying accounts. Meanwhile, Maria Zakharova, the spokeswoman for the Russian Foreign Ministry, pointed out that the yellow vests' representatives appeared on RT and Sputnik more often than French officials because the latter were forbidden by the authorities to talk to these media.