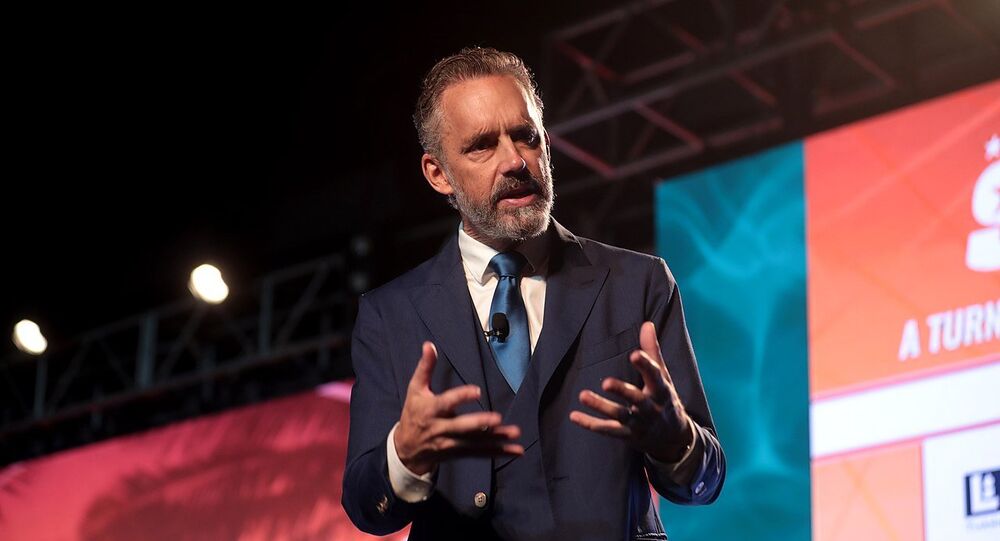 The brilliant Canadian polemicist, YouTube sage, and self-described "classical British liberal" has been called "one of the front line warriors in the culture war against wokeness, social justice and the perpetually outraged".

In anticipation of psychology professor and free speech advocate Jordan Peterson's upcoming tour across New Zealand, Sean Plunket, a local broadcast celebrity, stressed that the embattled thinker enjoys "massive mainstream support" in his country, something that the "woke left" needs to reckon with, he claimed.

Plunket, the host of Magic Talk's afternoon show and a long-time fixture in New Zealand broadcast journalism, told the AM Show that professor Peterson's stance against political correctness resonates well with his compatriots.

This follows and interview between Plunket and Auckland Peace Action activist Iris Krzyzosiak, in which the latter denounced Peterson as "homophobic, misogynistic, and racist".

"He is probably the most misrepresented, misreported person of the modern era", Plunket said as quoted by the NewsHub. "He is probably one of the front line warriors in what you might call the culture war against what I would call wokeness, social justice, the perpetually outraged", he said.

He stressed that Peterson's opponents have virtually nothing to back up their claims of misogyny, queerphobia, or anything else.

Apparently my "presence in New Zealand is worrying as it threatens many of the basic values of our society". https://t.co/JWPplFtgn4 But you want to attend a lecture, tickets are here https://t.co/ciQPrFqVBo

​Plunket also stressed that left-wing protesters will likely back off once they learn about the massive support Peterson has gained among New Zealanders with his best-selling self-help book, "Twelve Rules for Life", which, according to Plunket is helping "hundreds of thousands of people around the world".

"He has a following that for some reasons the woke left hate… because he has broken through the political correctness and he is starting to change the culture for a lot of people", Plunket said.

Earlier this week, the grassroots anti-war and pro-social justice movement Auckland Peace Action condemned Peterson's views in the lead-up to his book tour across the country, by claiming that his "reactionary and misogynistic view of the world" is "utterly in opposition to New Zealand values".

Jordan Peterson's tour kicks off on 18 February and includes, among others, Wellington and Auckland.

Toronto University professor Peterson, who rose to fame by opposing modern feminism pushed to the extreme and mandatory state-enforced gender-neutral language, is a staunch free speech advocate and a consequent critic of Marxism.

Despite having been dubbed "the most influential public intellectual in the Western world" by The New York Times, Peterson gets a lot of reproach from left-leaning liberals, who accuse him of promoting the patriarchy and intolerance.

During his tour in Scandinavia, Sweden's Foreign Minister Margot Wallström, a steadfast advocate of women's rights and the main architect of her country's "feminist" foreign policy, told Peterson to "crawl back under his stone".