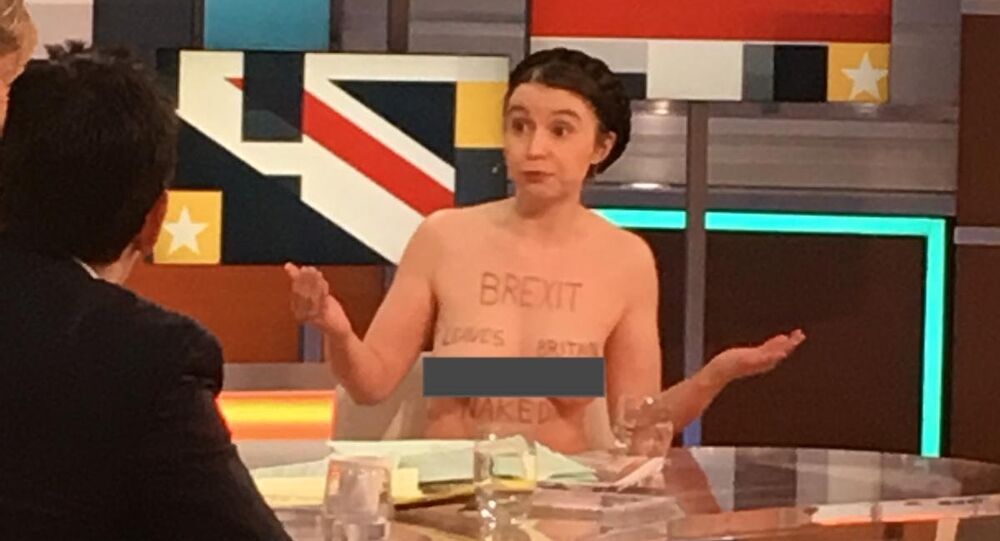 While one could argue that she didn't have to strip to make her point, Victoria apparently believes that an explicit metaphor is what's missing to raise awareness about the perils of pulling out.

The University of Cambridge professor who bared it all to protest against Britain's departure from the European Union last week has repeated her stunt on the TV show Good Morning Britain.

Dr Victoria Bateman, who specialises in economics and feminism, had the phrase "Brexit Leaves Britain Naked" written on her chest.

She wants to 'expose' the truth about Brexit, arguing it's 'the emperor's new clothes'. pic.twitter.com/SwnFEvGzLs

"The key message that I really have to deliver is that Brexit is 'the emperor's new clothes'," she said, referring to a popular short tale by Hans Christian Andersen, in which an Emperor spent all his money on a fine dress, but ends up being parading naked before the people.

Bateman explained that her message was "that what high-profile Brexiteers promised Brexit voters is just not possible to deliver".

She argued that Britain's economic problems are not caused by its EU membership and insisted that the withdrawal from the bloc is not going to solve them.

Many commenters on social media have slammed Bateman for what they described as exhibitionism, but she hit back by saying that she is "happy to use her body" in order to "deliver an important message about the most important issue facing Britain in a whole generation".

She first appeared on air in the buff last week, during a BBC Radio 4 interview. She invited a high-profile Leaver, Tory MP Jacob Reese-Mogg to join her a "naked debate" on Brexit, saying that it would leave the national economy "exposed".