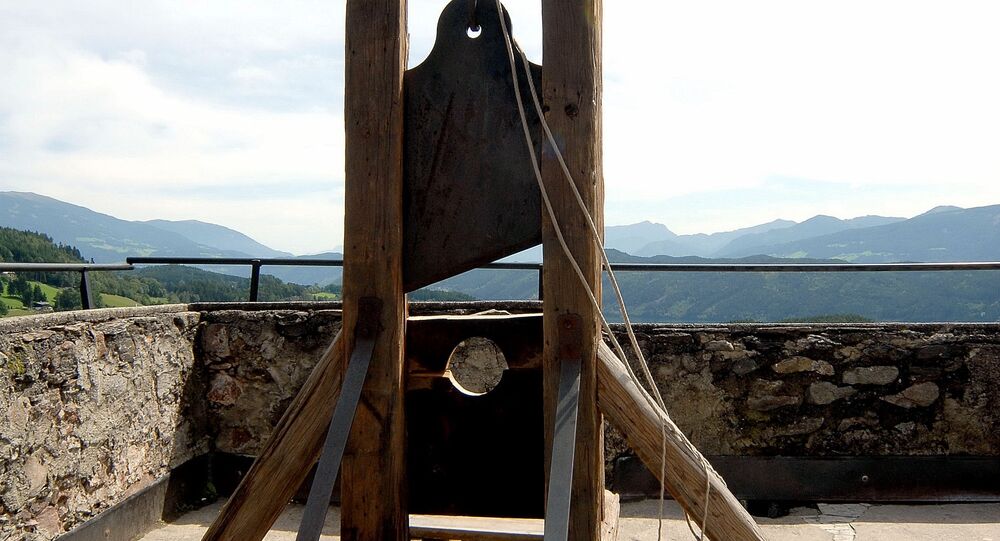 A top Eurocrat has reminded the hard Brexiteers that their historical counterparts were executed because they went against the will of their people. This thinly-veiled threat comes at a time when UK lawmakers are refusing to approve Theresa May's withdrawal agreement less than two months ahead of the nation's scheduled departure from the EU.

The European Parliament's Brexit coordinator, Guy Verhofstadt, has drawn a gloomy analogy between the UK's departure from the European Union and the turmoil of the French Revolution, recalling the ignominious end of its early leaders.

"I know that within the Tory Party, the hard Brexiteers are compared to the leaders of the French Revolution," Verhofstadt said at a press conference in Strasbourg on Tuesday.

"I think Gove is Brissot, Boris Johnson is Danton and Rees-Mogg is compared to Robespierre," Belgium's former prime minister went on, adding that it was "important to remind" them that all three eventually lost their heads.

"We should not forget that the efforts of these men were not appreciated by the common man they claimed to represent because they all ended on the guillotine."

“They all ended on the guillotine.”@guyverhofstadt says those comparing hard Brexiteers to the leaders of the French Revolution “should not forget that the efforts of these men were not appreciated by the common man". pic.twitter.com/qpkJLsmq5V

Two weeks ago, speaking at the European Parliament, Verhofstadt accused UK lawmakers of "every day changing" their mind and creating "uncertainty and instability", citing a number of Remain- and Leave-backing amendments to the withdrawal agreement that had been discussed in the parliament in the past two months.

The European Union has negotiated a deal with Prime Minister Theresa May, but it has so far failed to garner support in the House of Commons. Britain's departure from the bloc is scheduled for 29 March, and Theresa May says that the talks with lawmakers on delivering the deal on time are "at a crucial stage".

If Britain fails to conclude a new free trade agreement with the EU by the end of the transition period (31 December 2020), it would automatically have to trade with the union according to the international rules set by the WTO. This would mean the emergence of such obstacles as higher tariffs, as well as standards and regulations, which economists say would disrupt trade and damage both economies.