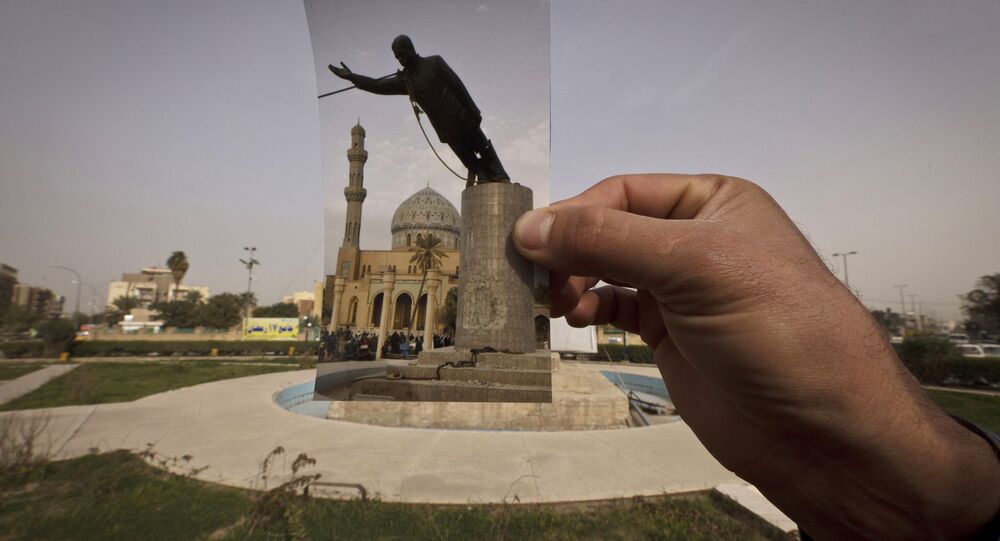 The right-wing Danish People's Party has lamented the country's participation in the US-led invasion of Iraq that led to Saddam Hussein's downfall and destabilised the entire region. While regretting the man-made disaster, the party's foreign spokesman suggested they attacked "the wrong country".

Following the publication of a long-awaited investigation of Denmark's engagement in the US-led operations in Kosovo, Afghanistan and Iraq, the Danish People's party expressed belated regret for its role in Copenhagen's much-criticised decision to invade Iraq and topple Saddam Hussein.

"Of course we should have never ousted Saddam Hussein and created all that drama. The secular leaders, including Gaddafi in Libya and Mubarak in Egypt, stabilised the Middle East. We helped topple all of them and create this current chaos", the Danish People's Party's foreign spokesman Søren Espersen told Danish Radio.

In 2003, the Danish People's party backed the liberal-conservative Venstre and the Conservatives to form a slim parliamentary majority needed to green-light the Danish contribution to the US-led invasion of Iraq.

Although Espersen himself wasn't elected an MP until 2005, he was still an advocate of the Iraq war through his position as the party's head of communications.

"My Israeli son-in-law said it already back then. He was in the paratroopers in Israel and said ‘it's the wrong country you are attacking. It should be Iran'. I should have listened to him," Espersen lamented.

Last week, a long-awaited academic report by Copenhagen University researchers found that information about Saddam Hussein's alleged possession of weapons of mass destruction (WMD), which were never found, was distorted. The report also claimed that the Danish liberal-conservative government knew in advance that its allies in Washington first and foremost sought regime change in Iraq. Nevertheless, the government concealed this fact by claiming that the goal of the planned campaign was to disarm Iraq, despite the lack of conclusive evidence that Hussein had such arms in his possession.

However, it is not the report that changed Søren Espersen's perception of the Iraq war. Espersen called overthrowing Hussein a mistake as early as 2014. Today, he agreed that the government may have distorted the information, although not necessarily due to malicious intent, he claimed.

"There would have been a majority in the parliament no matter what. For [then-Prime Minister] Anders Fogh Rasmussen had promised the US our support. When you sign up to something, you cannot come up with all kinds of reservations all the time. It means you're in it. We blindly trusted Fogh and [then-Foreign Minister] Per Stig Møller", Espersen said.

According to Espersen, the lesson is that one always has to question more and feel less inclined to implicitly trust incoming information.

Denmark decided to join the US-led Iraq campaign in March 2003, by the narrowest possible majority, backed by Venstre, the Conservatives and the Danish People's Party. Danish troops were deployed in Iraq between June 2003 and July 2007, peaking at about 550 men.

Besides ousting Saddam Hussein, the US-led invasion supported by Copenhagen displaced hundreds of thousands of Iraqis and exacerbated religious tensions throughout the Middle East; its consequences are still being felt today.