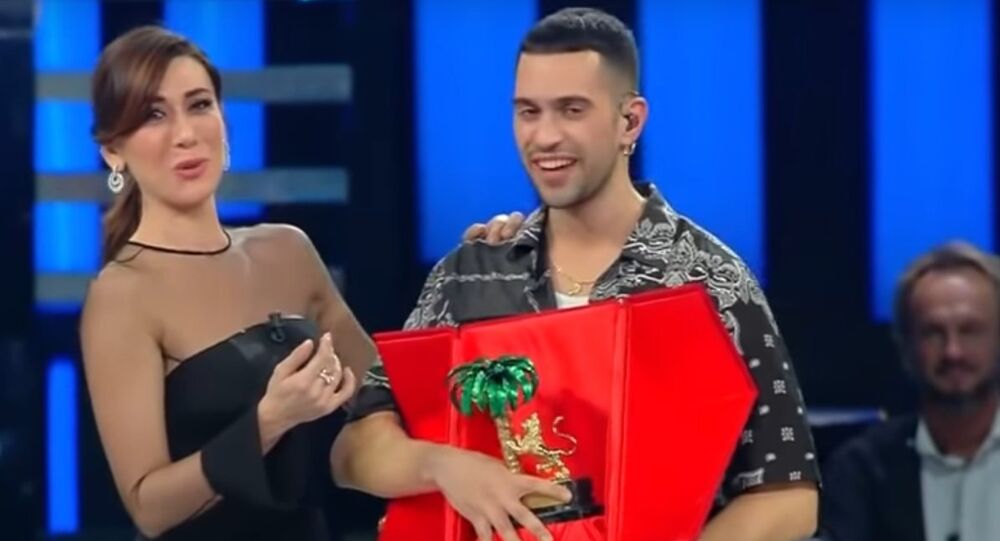 A jury comprising experts and journalists picked Alessandro 'Mahmood' Mahmoud over Niccolò ‘Ultimo' Moriconi as the winner of a national contest, outweighing the public vote, leaving the Italian public divided along political lines.

An Italian singer with Egyptian roots has won a national song contest and will represent Italy at Eurovision 2019, much to the anger of the country's right-wing politicians.

Alessandro Mahmoud, a Moroccan pop singer who was born in Milan to an Italian mother and an Egyptian father, took first place at the five-day Sanremo Music Festival — the most famous pop music event in Italy.

He was favoured by a panel of experts and journalists, which together accounted for 50 per cent of the final vote.

The 2019 edition of Sanremo attracted over 10 million viewers, but this year, public and media attention was largely focused on the jury's decision.

The runner-up, Niccolò 'Ultimo' Moriconi, finished first in pay-to-vote public televoting, picking up 46.5 per cent of votes, while Mahmood only received 14 per cent. However, with the jury's support, Mahmood emerged as the winner, and a host of critics say this decision turned into a political message due to his descent and the fact that his song featured a line in Arabic.

"Mahmood… mah… The most beautiful Italian song?" Italian Interior Minister Matteo Salvini tweeted on Sunday. "I would have chosen Ultimo."

Five Star Movement (5SM) leader Di Maio reacted in a similar tone: "The winner was not who the majority of voters wanted, but who the minority of jury wanted." He added that the Sanremo jury was composed "largely of journalists and radical chic."

"I congratulate Mahmood, Ultimo and all the others. And I would like to thank Sanremo because this year it has made millions of Italians aware of the abyssal distance between the people and the 'elite'."

Marcello Foa, president of Italy's Rai state broadcaster, which aired the contest, was quoted by The Local as saying that the voting system is unfair, adding that there was "a clear imbalance between the popular vote and a jury composed of a few dozen people".

Giorgia Meloni, a journalist and former minister of youth, called the voting system a "mockery", while Giovanna Maglie, a journalist close to the right-wing League Party, wrote: "[The] winner is well-known. His name is Muhammad, there is a little phrase in Arabic, there is also Ramadan and the hookah. The crossbreeding is assured."

Ultimo himself has criticised the jury's decision, taking to Instagram shortly after the defeat to bemoan that "people pay to vote and the ranking is overturned by journalists".

His rival, however, appeared to defy claims that the jury's opinion had political overtones. "I am Italian, born and raised in Milan. I do not feel challenged," Mahmood told reporters at a press conference after his victory.

France-Italy Row: Contact Between the Two States Will Continue – Prof