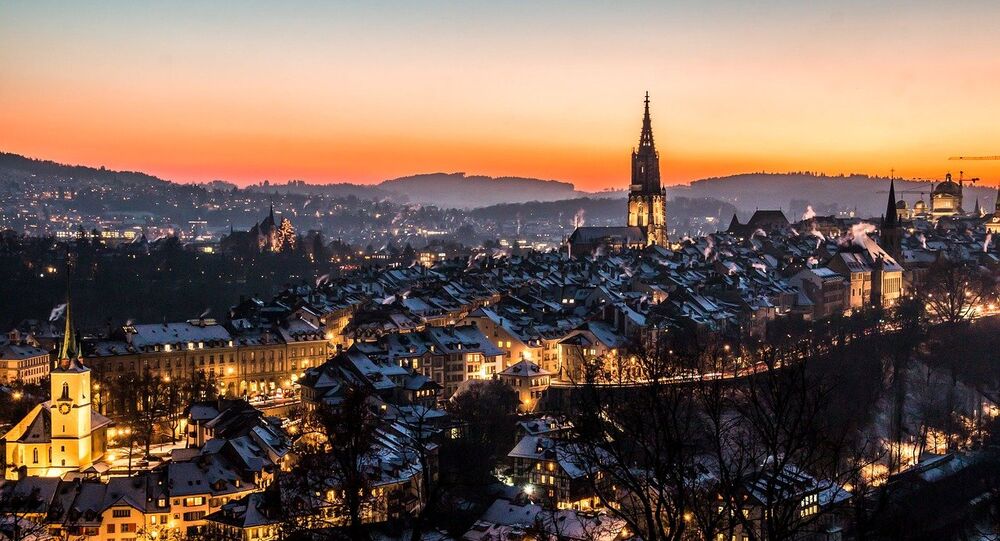 LONDON (Sputnik) - The United Kingdom and Switzerland inked an agreement on Monday that would allow both UK and Swiss business to continue trading without any additional tariffs and duties on goods, the UK Department for International Trade said in a statement.

The agreement was signed earlier in the day in the Swiss city of Bern by UK Secretary of State for International Trade Liam Fox and Swiss Federal Councillor Guy Parmelin.

"The agreement simplifies trade and allows businesses to continue trading freely, without any additional tariffs. It continues the elimination of duties on the vast majority of goods traded between the UK and Switzerland. Trading on these preferential terms rather than on World Trade Organization terms will deliver significant savings and help to safeguard British jobs", the statement read.

© REUTERS / Clodagh Kilcoyne
Tony Blair Warns No Deal Brexit Would Be 'Very Dangerous' for N Ireland's Peace Process
The new agreement will help to further boost burgeoning trade between the United Kingdom and Switzerland, which in 2017 amounted to over 32 billion pounds ($41 billion), according to the UK Department for International Trade.

The United Kingdom is set to leave the European Union in late March. The two sides have reached a withdrawal deal. However, it has not yet been approved by UK lawmakers, prompting fears of a no-deal Brexit both in Brussels and in London.

The British media outlets have reported that UK Secretary of State for International Trade Liam Fox was considering cutting the tariffs on imports in case of a no-deal Brexit in order to keep prices low for consumers. If the United Kingdom left without a deal, its trade relations with the European Union would be governed by the World Trade Organization rules. The United Kingdom would not be able to slash tariffs on EU imports only and would have to introduce zero tariffs for all its other trade partners.

READ MORE: If It's No Deal Brexit We're Going to Make Money — Businessman