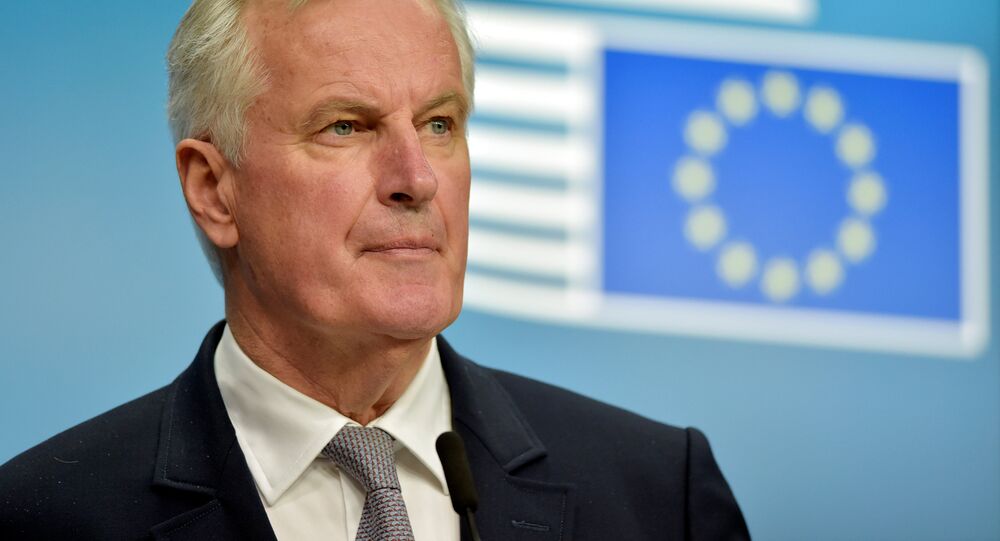 British Prime Minister Theresa May is to update the parliament on Tuesday about the status of negotiations with the EU, but has already made clear that she will not be considering the opposition leader Jeremy Corbyn's proposal of a departure deal that involves remaining in the customs union.

European Union Brexit negotiator, Michel Barnier, has suggested that Brussels may have edged closer to the UK's position on the future of the Irish backstop, calling it "just an insurance policy."

In an unprecedented pronouncement, Mr Barnier said in Luxembourg after a meeting with that country's Prime Minister, Xavier Bettel, that, "we [the EU] have moved toward British positions in the existing deal, particularly on the Irish backstop…the Irish backstop is not the EU's view of future ties with Britain, it is just an insurance policy."

"There must be customs controls on the island of Ireland," he added.

Despite that apparent overture by the European side, Mr Barnier has however stressed that time is "extremely short," and that "the withdrawal agreement which we [the EU] agreed with Theresa May's government…remains the best way to ensure an orderly withdrawal of the UK."

He also dispelled talk of the UK extending its article 50 deadline from March 29, saying that, "I understand that Prime Minister May does not intend to request an article 50 extension." Indeed, Mr Barnier made clear that Miss May still intends to thrash out a viable deal with the EU before the deadline of March 29. However, he cautioned that in order to achieve this lofty goal, "we need a clear and stable house of commons majority for withdrawal agreement." He then emphatically added that, "we are determined to organise an orderly Brexit."

Do not give the UK an inch,

​Yet, in a move that is likely to dampen the spirits of some Brexiteers, Mr Barnier said that he also believes Miss May should move toward the proposal propounded by opposition Labour leader, Jeremy Corbyn, on the formation of a permanent customs union with Brussels, saying that "something has to give."

"It is up to London to provide clarity on the way forward," the chief negotiator added.

“Corbyn’s proposal would keep us locked in the Customs Union, locked in much of the Single Market forever & therefore Brexit, the promise that was made to the British people of coming out of the EU institutions, would be broken” — @BorisJohnson is spot-onpic.twitter.com/NrDrTeUlLW

"We never pushed for Brexit, we never demanded Brexit. The responsibility started in London and it is still in London," Mr Bettel declared.

Despite the EU's calls for cross-party unity between the ruling Conservatives and the opposition Labour Party, such an outcome looks unlikely at the moment. Last week, Jeremy Corbyn dispatched a letter to Prime Minister May outlining Labour's conditions for backing any Brexit deal, one of which was a permanent customs union. In her response, May made clear that she was not interested in any such offer, but it was widely reported in British media on Monday, February 11, that she was secretly considering the possibility of a softer Brexit behind closed doors. Yet, the government's prisons minister, Rory Stewart, was quick to pour cold water on such reports, saying that May opposed Labour's idea for customs union membership.

My response to @jeremycorbyn’s letter on Brexit where he commits to secure a deal — rather than a second referendum or general election.

But I have also asked why he seeks a say in EU trade deals, rather than pursuing our own independent trade deals outside a customs union. pic.twitter.com/0uDzKIlGDu