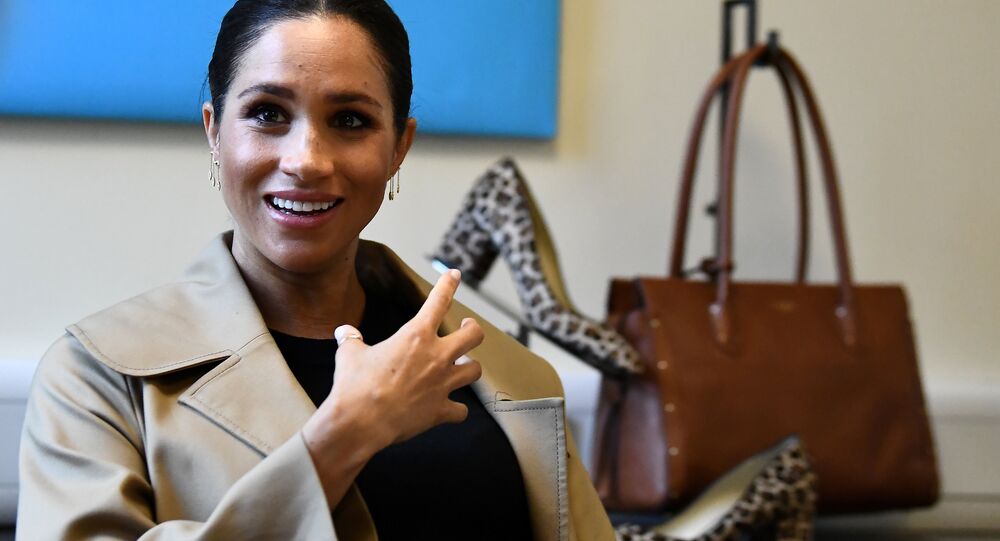 As the duchess’ father explained, he initially did not want to release the contents of the letter to the public “out of respect for Meghan”, but eventually chose to do so because they were falsely portrayed.

The rocky relationship between Meghan Markle, the Duchess of Sussex, and her father Thomas Markle was once again thrust into the limelight after a letter sent by the former to the latter became available to media.

© AP Photo / Matt Dunham
'Feeding Her to Wolves': Meghan's Dad Appeals to Queen to Help Resolve Markle Family Feud
The contents of the letter, which was sent in August, became available to the public after Thomas himself revealed them to the Mail on Sunday, stating that the five-page missive left him feeling "devastated".

In the letter, the Duchess of Sussex accuses her father of breaking her heart "into a million pieces" by fabricating stories and bashing her husband, Prince Harry.

"We all rallied around to support and protect you from day one, and this you know. So to hear about the attacks you've made at Harry in press, who was nothing but patient, kind, and understanding with you is perhaps the most painful of all," Meghan wrote. "For some reason you choose to continue fabricating these stories, manufacturing this fictitious narrative, and entrenching yourself deeper into this web you've spun."

The duchess also admonished her father for siding with Samantha, her half-sister, who allegedly fabricated “vicious lies” about Meghan.

"If you love me, as you tell the press you do, please stop. Please allow us to live our lives in peace. Please stop lying, please stop exploiting my relationship with my husband," she added.

As Thomas Markle explained, he did not originally intend to reveal the contents of the letter to the public “out of respect for Meghan”, but eventually chose to do so because they were falsely portrayed.

"I thought it would be an olive branch. Instead, it was a dagger to the heart," he remarked.