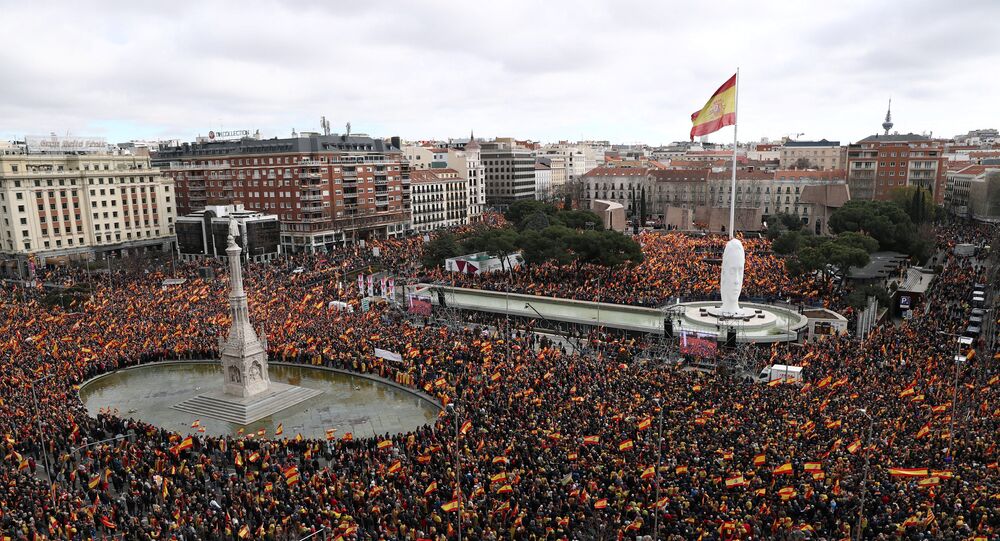 Thousands of people have gathered in the Spanish capital to protest against talks proposed by Spanish Prime Minister Pedro Sanchez aimed at easing political tensions in Catalonia. The demonstrators gathered at the Plaza de Colon in the city centre under the slogan "For a united Spain, elections now!".

The protest was organised by two centre-right parties, the Popular Party and Ciudadanos, with the new far-right Vox Party also participating.

Earlier, the opposition called on Spaniards to take to the streets after the government's proposal, voiced last Tuesday, to appoint a rapporteur in negotiations among political parties to address the Catalan political crisis.

Opposition leaders view the proposed move as treason and a surrender to the demands of Catalan independence activists. The rally is being accompanied by calls for early elections.