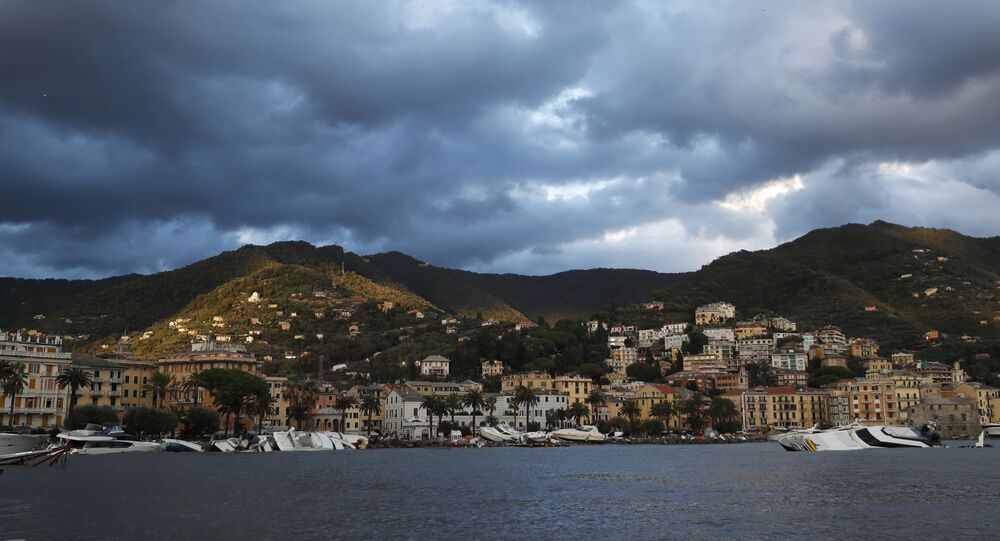 ROME (Sputnik) - Russian President Vladimir Putin has accepted an invitation to visit Italy, and the date of his visit will be coordinated through diplomatic channels, Russian Ambassador to Italy Sergei Razov said in an interview with Sputnik.

"As for the Russian president's visit to Italy, he has received and accepted the invitation by the Italian leadership. The exact dates will be coordinated through diplomatic channels and then announced according to the established procedure", Russian Ambassador to Italy Sergei Razov told Sputnik.

The diplomat noted that the visit could become a "key event" in Russian-Italian bilateral relations.

Russia and Italy have many shared interests, and their relations continue developing in spite of the damage done by Western anti-Russia policies, Russian Ambassador to Italy Sergeш Razov said in an interview with Sputnik.

"Taking into consideration my experience of working in Italy, I am sure that our countries have many shared, parallel or relatable key interests. Years-long friendship and affection of our peoples… have become kind of a safety net, which prevents us from coming to the point of no return in our bilateral relations. They continue growing steadily and quite dynamically even given the current conditions, which are not too comfortable", Razov said.

He voiced regret that Russian relations with EU member states had deteriorated due to anti-Russia sanctions, motivated by Russia's stance on Ukraine conflict and also by Crimea's reunification with Russia.

According to Razov, the dialogue between Moscow and Rome continues though Italy is forced to tune its policy toward Russia in compliance with the policies pursued by the European Union and NATO.

The ambassador added that Italy supported Russia's views on the terrorism fight, backing its engagement in Syrian and Lebanese crises.

"We have quite an intense bilateral dialogue on different levels and in different formats on this theme, which is pressing for Italy", he said.

Razov praised the Russian-Italian economy cooperation, recalling that over the past several years the bilateral trade had been increasing following an over 100 percent year-on-year decline in 2014.

"Our trade grew by 20.8 percent in 2017, reaching $23.9 billion dollars. The growth continued in 2018, with the trade surpassing $25 billion… Italy remains our key trade and economy partner, as it is Russia's fifth biggest foreign trade partner and third biggest of all the EU states", he said.

According to the ambassador, the introduction of Western anti-Russia sanctions has not prompted any of the 400 Italian companies working in Russia to leave the market.

READ MORE: Italy Might Become Target of Russian Strikes if US Deploys IRBMs There — Analyst

© Sputnik / Julien Mattia
Finance Expert on How France & Italy May Bring Down European Community, Euro
The statement comes after Italian Minister of Economy and Finance Giovanni Tria said on 16 January that Italy and Russia will start the implementation of a project aimed at creating a bilateral investment fund in the near future.

In early November, Italian Prime Minister Giuseppe Conte said that he hoped to receive Putin soon. Italian Ambassador to Russia Pasquale Terracciano specified later that the visit was expected to be held in the first half of 2019.