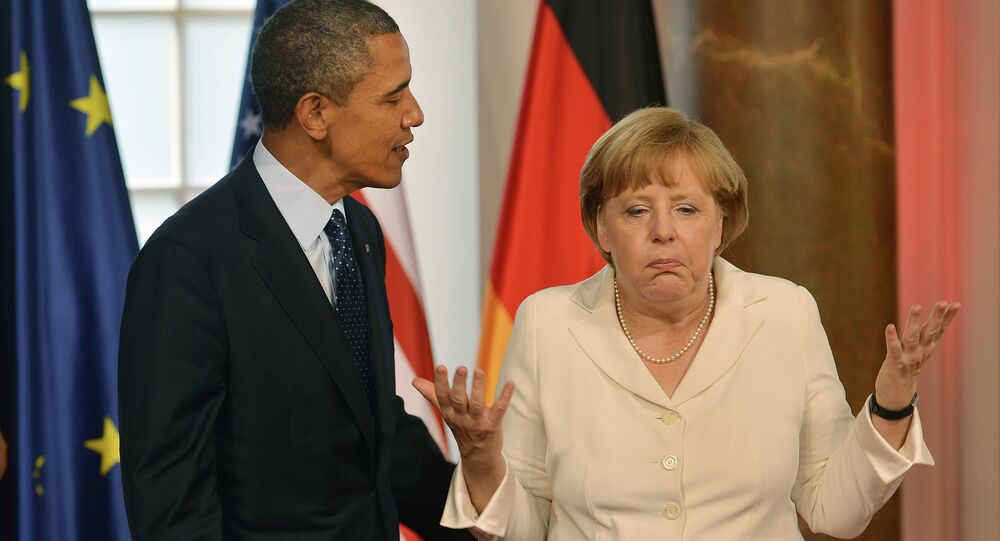 With the UK’s painful divorce from the EU looming, several prominent politicians have opened up about one of the most dramatic episodes in the bloc’s history when they tried to save the Eurozone from collapse in 2011. Apparently, it did not play out easy for the German chancellor in the emotional sense.

German Chancellor Angela Merkel, who has been named among the world’s most influential women numerous times, reportedly had a very emotional moment at the 2011 G20 table when she was nearly told off by then-US President Barack Obama. According to a recent episode of the BBC series Inside Europe, his call on European leaders to press their central banks to bail out Greece and save the currency union, nearly brought down by the crisis in the Mediterranean country.

Former US Treasury Secretary Timothy Geithner has revealed that she was “visibly upset” by being put in that position and stood up to the US president.

“What she said was: ‘Our central bank is independent and it’s your fault, you wrote the Constitution. How can you put me in a position of asking me to violate a set of constraints on independence that you were part of shaping?’” he recalled the details of that clash.

Former French President Sarkozy shared that Merkel almost cried and suggested that she felt betrayed by him.

“She thought I was taking Obama’s side, that I had abandoned her. She had tears in her eyes. Obama was gobsmacked. I said to Obama: ‘May we adjourn? I need to speak to Mrs Merkel’”, he revealed.

This echoed the recollection by ex-European Council President Herman Van Rompuy, who pointed out that she "became very emotional" and referred to the meeting as “very nasty”.

European MP Lashes Out at Merkel, Blaming Her for EU 'Collapse'