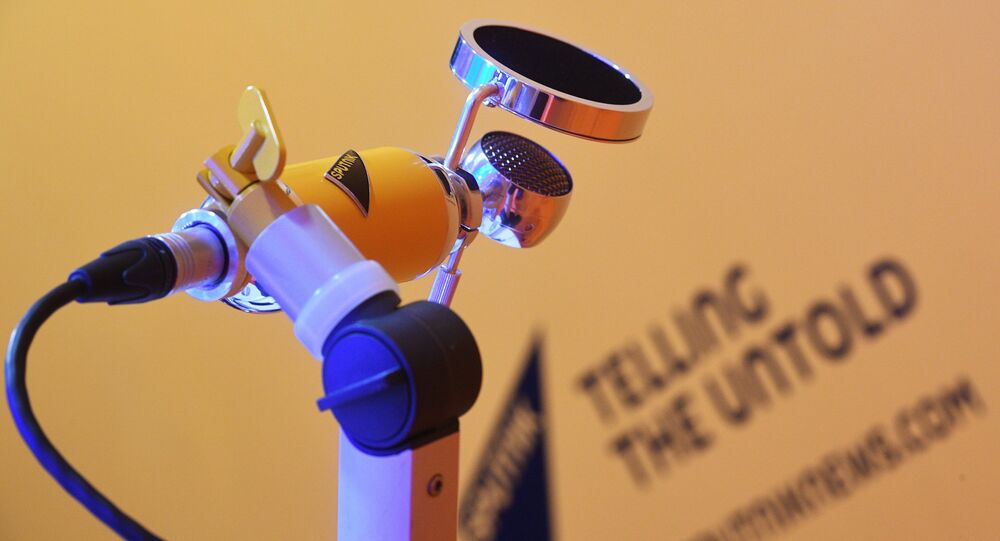 PARIS (Sputnik) - The reason behind the French authorities’ attacks on Russian media, in particular, the Sputnik news agency and RT broadcaster, is that "nothing hurts like the truth," Russian Ambassador in Paris Alexei Meshkov told Sputnik in an interview.

Last week, Le Point magazine reported that French President Emmanuel Macron had called one of the yellow vest protest movement leaders, Eric Drouet, a "media product, a product of social media." According to Macron, yellow vests receive instructions from abroad, while their activities are supported by trolls and special accounts on social networks, including those allegedly bought by RT and Sputnik. Following the remarks, the Russian Foreign Ministry sent an official diplomatic note to the French Embassy in Moscow, demanding to verify the statements.

"It is noteworthy that the attacks by the French authorities — by the way, I would also mention the constant attacks by the local media — are directed against those of your colleagues who work for the French audience. The reason, in my opinion, is simple and is as old as the hills. The popular wisdom says — nothing hurts like the truth," Meshkov said.

© Sputnik / Konstantin Chalabov
Excerpts From Law Targeting Sputnik, RT Published in France - Reports
He went on to note that, when one "cannot argue on an equal footing and find enough logic arguments," then it seeks to "shut the opponent’s mouth."

The ambassador doubted that the situation around the media would be somehow reversed in the near future, adding, however, that "the attacks by the local authorities are more than… compensated by the popularity of our media among the ordinary French."

"On our part, we regularly draw the attention of our French partners to the unacceptability of discrimination against journalists. Unfortunately, the answer is always the same: ‘We have nothing against journalists, but we will not talk to propagandists.’ Their arguments, alas, do not go further than that," the diplomat added.

Commenting on Macron’s claims, RT and Sputnik editor-in-chief Margarita Simonyan strongly rebuffed the allegation that the outlets bought social media accounts. She did admit that French protesters liked the RT channel and often applauded its reporters going live from rallies. RT videos from yellow vest events are viewed by millions, she added.