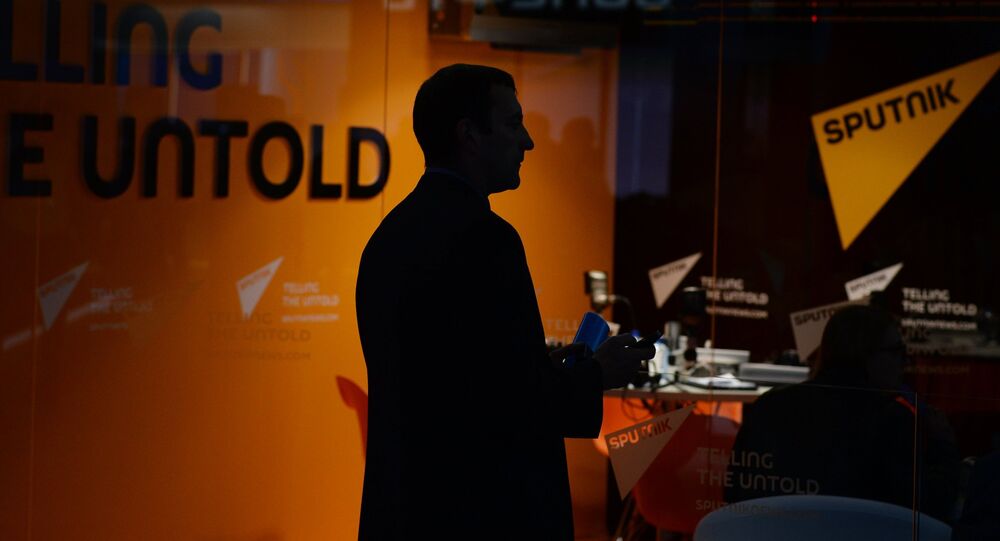 TALLINN (Sputnik) - Urmas Reitelmann, a member of the Conservative People's Party of Estonia (EKRE), claimed on Thursday that his party, should it come to power, would have closed the local bureau of the Sputnik news agency "as a security threat," but swiftly remarked that it was impossible to fully "shut" any media nowadays.

The statement was made during debates in the run-up to the March 3 parliamentary elections in Estonia. The anchor recalled that EKRE political program suggested shutting down information channels that "spread anti-Estonian propaganda," and asked Reitelmann to specify which media outlets were meant.

"Of course, we would have shut this bureau of Sputnik agency in two shakes as a security threat. But it is impossible to shut some information channel. I have 6,000 TV channels at home, and no one can take them away from me. It [would] make no difference: information still goes via the Internet or cable," Reitelmann said, as quoted by the ERR broadcaster.

According to research company Gemius, which measures Internet audiences, Sputnik Estonia was among top five most visited information resources of the Baltic republic in 2018.

© Sputnik / Vladimir Astapkovich
Sputnik Chief Editor Names Reason Likely Behind Ottawa Banning Sputnik From Lima Group Meeting
Earlier, the editor-in-chief of Sputnik Estonia, Elena Cherysheva, complained about censorship in the Baltic country, where officials are barred from communicating with Sputnik, and the agency's employees are denied accreditation to various events.

The Baltic countries have repeatedly obstructed the work of the Russian media and journalists, with the Russian Foreign Ministry noting that these actions "clearly demonstrate the real price of demagogic statements about the commitment of Vilnius, Riga and Tallinn to the principles of democracy and freedom of speech."

The situation with Russian media in the West has also become increasingly difficult in recent years. In 2016, the European Parliament voted in favour of a resolution to counter alleged Russian anti-EU propaganda. According to the document, media such as Sputnik and RT pose a danger to European unity, therefore creating a need for extra European Commission funding for counter-propaganda projects. Russian President Vladimir Putin has said the resolution proved that Western democracy was failing but expressed hope that common sense would prevail and Russian media outlets would be able to work abroad without restrictions.