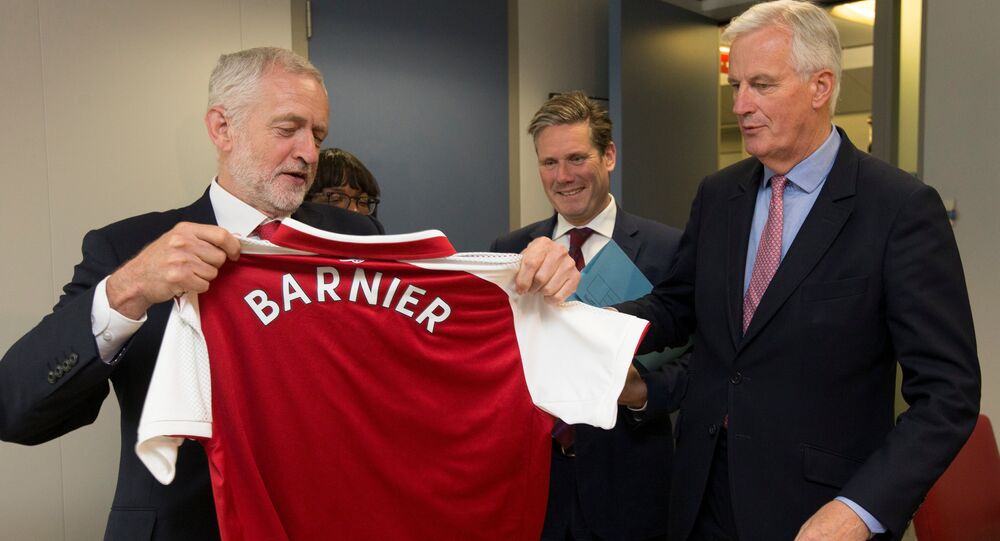 While the missive fails to explicitly state Article 50 should be extended, but notes due to the government's evidently failed negotiations "time has run out for necessary preparation and legislation to be finalised".

Labour leader Jeremy Corbyn has written to Prime Minister Theresa May, offering his party's support behind her Brexit deal if she makes five legally-binding commitments, following a series of private talks between the pair convened after her deal was rejected by a historic parliamentary majority of 230 votes in January.

The commitments include; a "permanent and comprehensive UK-wide customs union", including a say in future trade deals; close alignment with EU single market, via "shared institutions"; "dynamic alignment on rights and protections" to ensure UK standards do not fall behind the EU's; binding commitments on future UK participation in EU agencies; binding agreements on future security arrangements, for instance the European arrest warrant.

How does Kuenssberg know Corbyn's letter has made Labour members furious? This member thinks it was sensible and politically clever and doesn't deviate from the sequential strategy the party agreed on. #PoliticsLive @BBCPolitics

​"We recognise your priority is now to seek legally binding changes to the backstop arrangements contained within the withdrawal agreement, as we discussed when we met. However, without changes to your negotiating red lines, we do not believe simply seeking modifications to the existing backstop terms is a credible or sufficient response either to the scale of your defeat last month in parliament, or the need for a deal with the EU that can bring the country together and protect jobs. Following last week's rejection by the House of Commons of no deal, all necessary steps must be taken to avoid such an outcome. My colleagues and I look forward to discussing these proposals with you further, in the constructive manner in which they are intended, with the aim of securing a sensible agreement that can win the support of parliament and bring the country together," Corbyn writes.

The usual suspects attack Corbyn — but the five points in his letter to May are those Labour has been making consistently for two years.

Anyone who expresses surprise either hasn't been paying attention — or is playing games. https://t.co/QJfJxTvLQd

​The letter is likely to be somewhat controversial with certain Labour MPs, given it fails to mention shadow Brexit secretary Keir Starmer's six tests, which said Labour wouldn't support a deal that failed to secure the "exact same benefits" as Britain's previous relationship with the bloc. Moreover, many parliamentarians are keen for the party to demand a second Brexit referendum — a prospect Corbyn remains steadfastly opposed to.