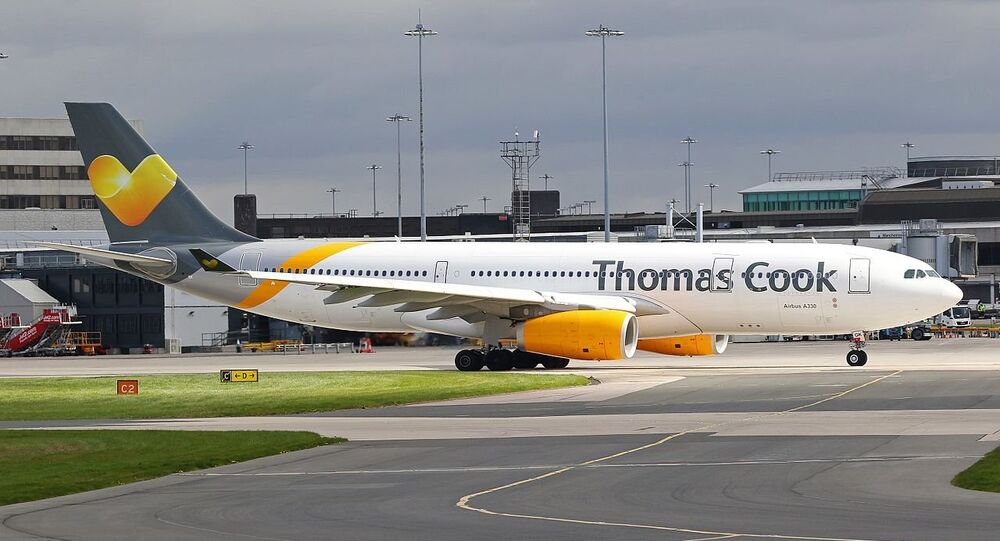 UK tour operator Thomas Cook is shopping for a new buyer after reporting a £14m increase in operating losses in Q1 to £60m, despite strong profits in 2018, the company said on Thursday.

The company will explore options for its airline branch "to enhance value to shareholders and intensify our strategic focus", a press release on Thursday said. Thomas Cook has promised to continue flights as usual and urged buyers to provide an equal level of capacity for package holiday deals.

The mid-sized airliner operates across the UK, Germany and Scandinavia, and transports roughly 20m customers a year in Europe and long-haul flights to North America.

© CC0
Ryanair to Restructure Amid €20m Quarterly Profit Loss, Lobby for EU Fuel Tax
Despite the operating losses, the tour operator performed well last year, earning £6 per passenger in profit. But selling off parts of the travel firm would help it to reduce £1.59bn in debt, allowing the company to focus its strategy on opening hotel franchises, with 20 set to open in the summer.

The company's profit margins posted lower profits, reflecting the "the highly competitive market conditions in the UK at the end of the summer season, and weaker demand for winter holidays in the Nordics", the company said, adding that strong demand for holidays in Turkey, Tunisia and Egypt were compensating for weaker demand in Spain.

Peter Fankhauser, Thomas Cook's CEO, said: "As expected, the knock-on effect from the prolonged summer heatwave and high prices in the Canaries have impacted customer demand for winter sun."

"Bookings for summer 2019 reflect some consumer uncertainty, particularly in the UK, and our decision to reduce capacity which will both mitigate risk in our tour operator business and help our airline to consolidate the strong growth achieved last year."

Several UK airliners have faced economic turmoil in recent years, after 100,000 holidaymakers were left stranded amid Monarch Airlines' fall into administration in October 2017. Ryanair will undergo restructuring after company chairman David Bonderman was voted down for re-election due to a wave of company strikes and rising fuel costs, leading to £17.2m in profit losses since March 2014. UK low-cost airline Flybe was also bought out by Virgin Atlantic and Stobart Group after it posted profit warnings.