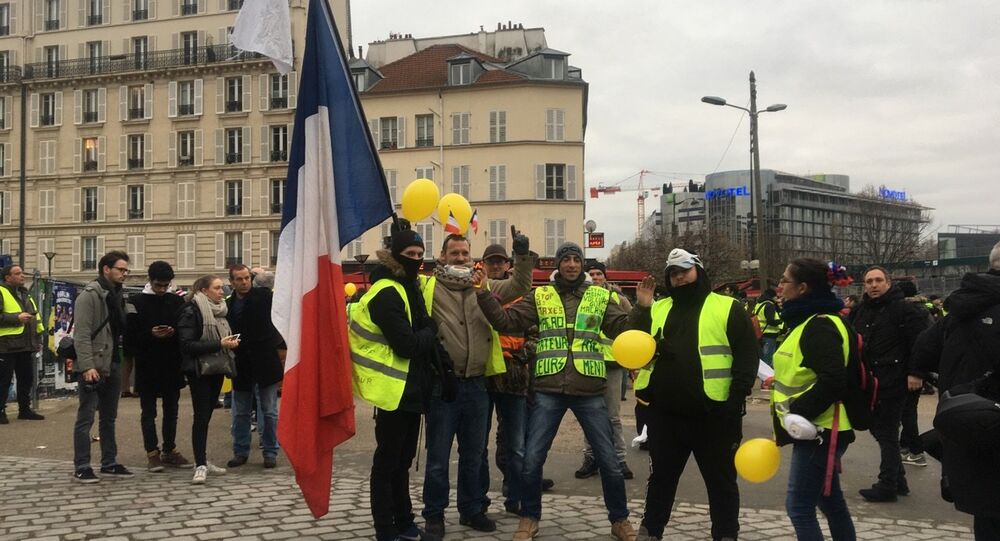 The French Foreign Ministry slammed Di Maio on Wednesday for his meeting with Christophe Chalençon, one of the "yellow vests" leaders.

"This new provocation is not acceptable between neighbouring countries and partners in the European Union", a Foreign Ministry spokesman said at a daily online briefing. "Mr Di Maio, who holds government responsibilities, must take care not to undermine, through his repeated interferences, our bilateral relations, in the interest of both France and Italy".

© Sputnik / Vladimir Astapkovich
Macron Covertly Prepares Referendum to End Yellow Vests Protests - Reports
Following the Tuesday meeting with Chalençon and other members of the "yellow vests", the Italian deputy prime minister wrote on his Twitter page that "winds of change" had crossed the Alps.

Commenting on the event, Di Maio's press service noted that M5S and the French protesters share many views and values concerning direct democracy, the social rights of citizens, and ecological issues.