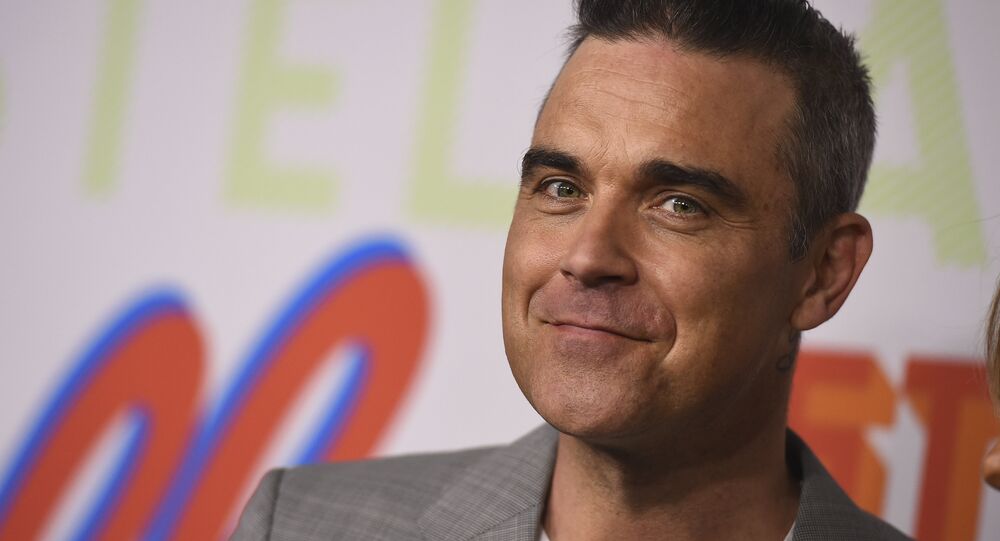 It’s a rare intervention into politics for the 'Party Like A Russian' singer.

British-born international pop superstar Robbie Williams has announced he doesn't support a second Brexit referendum — the oft-mooted 'People's Vote' — despite being a committed 'Remainer' who thinks leaving the EU is "s***".

During a candid Instagram live session with fans, Williams revealed he'd refrained previously from making any public comment on the Brexit debate for fear he'd get "told off" by his management and PR team.

"I mean, I'm not saying which way I would have voted, if I voted. We had a vote and they said we wanted to leave, so if there is another vote and they go 'well actually, let's have another go' — that's not democracy is it?. [But] 'I don't want England to be out of Europe, that's s***'…I don't tell anyone, I'll get in trouble for that. I know very little about lots of things… I know very little about most things and it is so confusing," Williams said.

Good to see some in the public eye — whatever their political view — understand that having another referendum before implementing the result of the first one is NOT democratic, it is anti-democratic! 👍

🙋‍♂️ Support us at https://t.co/iICfFb8qqg

His comments are notable given he wasn't one of the musicians who signed an open letter to Prime Minister Theresa May in October 2018 urging her to keep the UK in the EU, due to the damage it could inflict on the country's renowned music industry.

"We dominate the market and our bands, singers, musicians, writers, producers and engineers work all over Europe and the world and in turn, Europe and the world come to us. Why? Because we are brilliant at it… [Our music] reaches out, all inclusive, and embraces anyone and everyone. And that truly is what Britain is. Brexit threatens, as it does so much else, this vast voice. This huge global cultural influencer. We are about to make a very serious mistake regarding our giant industry and the vast pool of yet undiscovered genius that lives on this little island," the letter stated.

Hi @marshallamps we’re organising a coach to #PeoplesVoteMarch from MK specially for young people who otherwise wouldn’t come. Given Brexit impact on live music tours and open letter from musicians yesterday, we’re wondering if you would be generous enough to sponsor it?

​While Williams' Brexit outburst marks his first public statement on politics in a very long time, it's not the first time an Instagram live chat has landed the former Take That star in hot water — in his last, he appeared to encourage his followers to take cocaine, telling some 20-year-old questioners they were "good" to "carry on, have a great time and write it all down so you can have it in your memoirs".