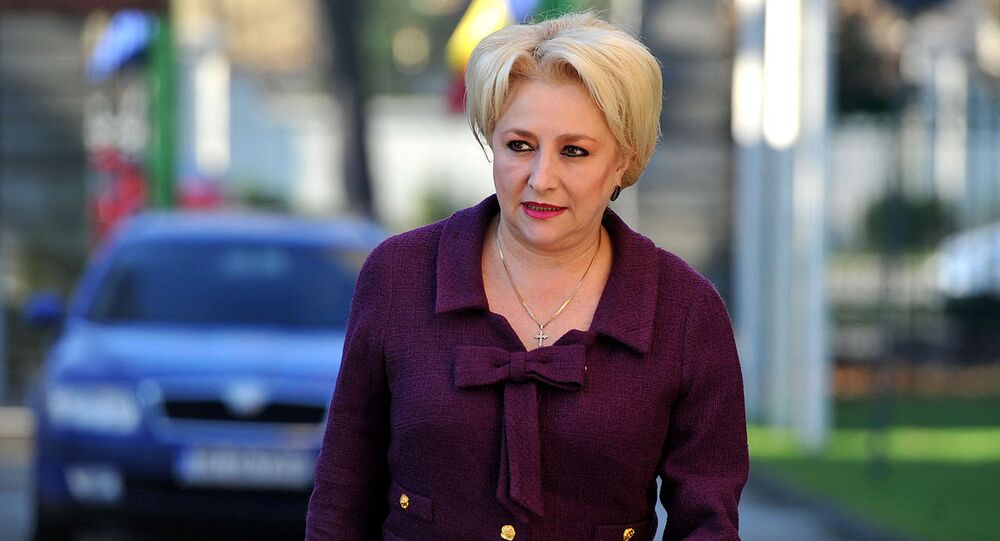 Romanian Prime Minister Viorica Dancila criticised the leaders of some EU member states and accused the bloc of having "double standards".

According to the PM, the EU applies double standards regarding corruption in Europe, as it hits out at Romania for this and the suppression of demonstrations, but avoids mentioning cases of bribery flourishing in Western member states.

READ MORE: Romania Lashes Out at EU Over ‘Second-Rate' Treatment

"I saw what happened with the Yellow Jackets in France," she said, referring to the ongoing anti-government movement. "No one had any reaction. It's a double standard. I didn't see anyone come to the European Parliament and say ‘We want a resolution on France.'"

© AP Photo / Virginia Mayo
European Commission Head Juncker Slams Romania as Unfit for EU Presidency
"It's said that this mechanism is meant to help Romania and Bulgaria," PM Dancila said. "It talks about corruption. I've seen very big acts of corruption also in Holland, I saw them in France, I saw them in Germany. No one ever asked for the introduction of such a mechanism."

In the November report, Brussels severely criticised Bucharest, accusing it of retreating from the progress achieved in recent years. The European Commission asked Romania to revise laws on the reform of its judicial system and the criminal code, as well as to appoint a new head of its national anti-corruption agency.

Brussels also expressed concern over plans to review cases of convicted Romanian politicians because of disputes about how Supreme Court judges were appointed in 2014.