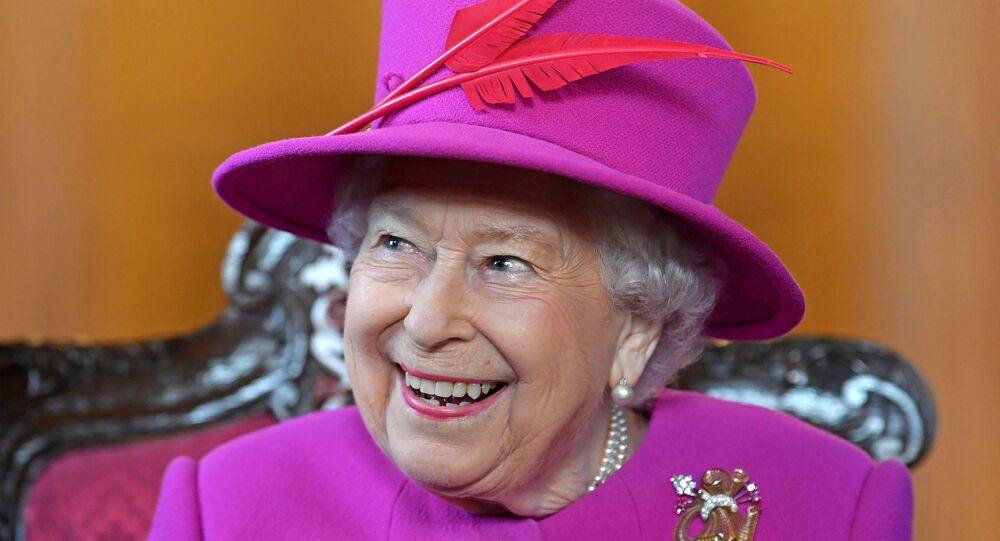 The eventuality occurred during a row between two members of the royal household, with the queen reluctant to get involved and choosing to sacrifice her comfort instead.

Several weeks after the death of Peggy Hoath, Queen Elizabeth’s assistant dresser who joined the royal household in 1959 and died in December at the age of 89, sources from among her colleagues revealed how she once accidentally ended up forcing her monarch to spend the night in the servants' quarters.

© AP Photo / Andrew Matthews
UK Repurposes Cold War Plan to Evacuate Queen in Case of No-Deal Brexit - Report
As a source explained to the Daily Mail, Hoath was engaged in a friendly rivalry with another dresser called May Prentice, and one night they ended up arguing "at the top of their voices" during nighttime, apparently oblivious to the fact that the queen was trying to get some sleep in the next room.

"One night when the Queen was staying at Holyroodhouse in Edinburgh [her official residence in Scotland], she suddenly turned up in the Page’s Vestibule [an ante-chamber for staff]. No-one could believe their eyes when she arrived in her nightie wrapped in her bedclothes and blanket. She just said, "I’ve got to get some sleep," and settled down on the sofa," the source said.

According to the insider, Her Majesty was so fond of Peggy that she simply "couldn’t bring herself to criticise her" so she opted to quietly move to the servant’s quarters instead.

"Everyone just looked at each other and shuffled out of the room to let the Queen sleep," the source added.

Earlier, details of another incident which involved the interruption of the Queen’s sleep came to light, as Michael Fagan, the man who managed to break into Buckingham Palace at night in 1982 and entered the monarch’s bedroom, revealed the details of his escapade to the media.