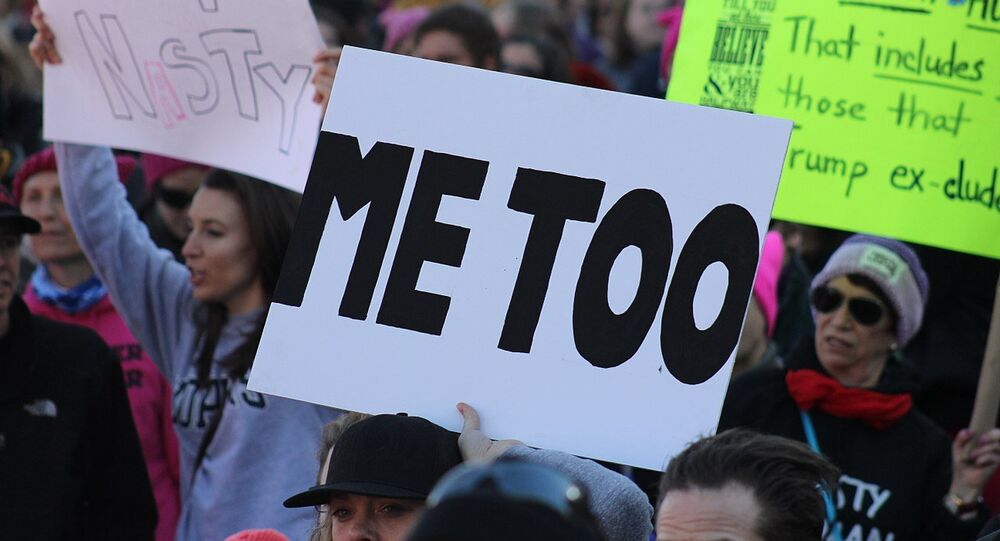 The ‘Me Too’ movement exploded onto social media in 2017 following the sexual harassment allegations made against Hollywood mogul and film producer, Harvey Weinstein. Since then it has picked up momentum, but some argue that not all accusations made under its banner can be trusted.

A French politician took six women who accused him of sexual misconduct to court on Monday, 4 February, in what some are characterising as 'backlash' against the #MeToo movement.

Denis Baupin, a prominent Green Party member and former Paris city official, was accused in 2016 of groping, 'sexting' and harassing at least 14 women. The allegations were published on the French investigative news website Mediapart and broadcast by radio station France International. Baupin, who denies the accusations, is also said to be launching a defamation case against four journalists from those news outlets for reporting the allegations.

After the six accusers went public with their stories in May 2016, Mr Baupin resigned as the vice president of the lower house of parliament. His lawyer, Emmanuel Pierrat, has been quoted as telling the Associated Press (AP) that, "His reputation [Baupin's], his family, his life were broken" by the allegations.

trial opens Monday in Paris. In France, defamation is punishable by a maximum fine of 45,000 euros ($51,500).
MeToo accusers and Media sued by Denis Baupinhttps://t.co/MAh6NAEst1

​Reportedly, most of the women who came out to accuse Baupin of the inappropriate conduct — which allegedly happened between 1998 to 2013 — were also members of the French Green Party. Four of the women say that they filed criminal complaints for sexual harassment, but after a nine-month-long judicial investigation no charges were brought against Baupin.

​Some of the women have been widely quoted as voicing their intention to openly speak in the Paris courtroom where the trial will be held. Sandrine Rousseau, a former Green Party spokeswoman who accused Mr Baupin of grabbing her breast at a 2011 meeting, told AP: "The question is: Will justice send the message that women must remain silent? It's an important message, a message saying that women can speak out — or not."

According to Baupin's lawyer, Mr Pierrat, the main purpose of the lawsuit is to prove that the investigative news website and the radio station who published the information were inaccurate in their coverage.

Truth or lies? Only the two people involved know the truth. So long as women use sex for career advancement this will not stop, cos, men being men & women being women, they want as much sex as they can get. It only turns shitty when someone is turned down or someone new appears!

​Under French law as part of the defence from defamation, the journalists will be required to prove that they acted in good faith and sincerely believed that they were reporting the truth about Baupin. Additional criteria will also reportedly apply: the defence will have to prove that the journalists harboured no personal animosity toward Mr Baupin and that their investigation was of a high journalistic standard.

Mr Pierrat has said that 'none' of the criteria 'is fulfilled' in the Mediapart and France International reporting, according to AP.

The story comes amidst a mounting debate in France about the limits of acceptable behaviour by men towards women. A report released in January 2018 by France's High Council for Gender Equality says that more than one million French women were the recipients of "sexual insults" in 2017. On top of that, last year, French politicians made the unprecedented move of stamping into law a bill which allows courts to hand out fines of up to €750 for 'wolf-whistling' at women in the street.