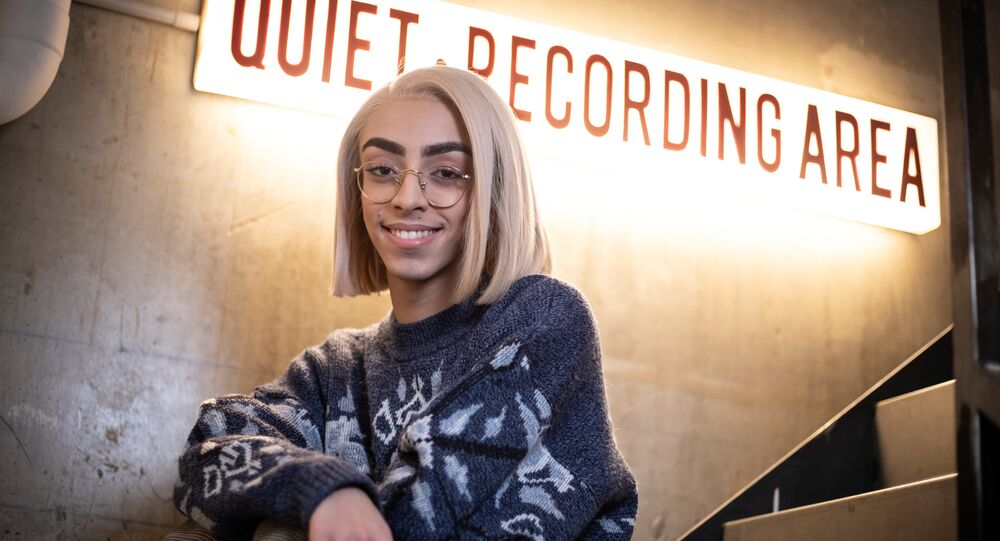 Some social media users claimed that Bilal Hassani wasn’t mocking the attacks, and that the video features him taking part in a challenge in which people attempt to pronounce the same sentence accompanied by similar gestures and intonation.

French singer and YouTuber Bilal Hassani, who is expected to represent his country at this year’s Eurovision Song Contest in Israel, became the focus of a new social media controversy due to a video of his which seems to contain mocking references to a French terrorist attack.

The video features Hassani and one of his friends having fun in the streets of Paris, gesturing around and saying: "France has really suffered, attacks here, attacks there" (“La France a vraiment souffert, attentats ici, attentats par-là”).

​Some netizens sought to defend the singer, claiming that he merely took part in a challenge in which people attempt to pronounce the same sentence accompanied by similar gestures and intonation.

​Others, however, insist that Hassani should not represent France at Eurovision due to the controversial video.

At the moment, Hassani himself is yet to comment on the controversy and justify the recording.

Earlier, Israel's I24 News TV channel uncovered an older tweet posted by Hassani, in which he blasted Israel for alleged crimes against humanity.

While the tweet generated considerable controversy on social media networks, Hassani responded via Twitter, claiming that he was 14 years old at the time, adding that other people had access to his account so "things happened that were beyond his control and knowledge".