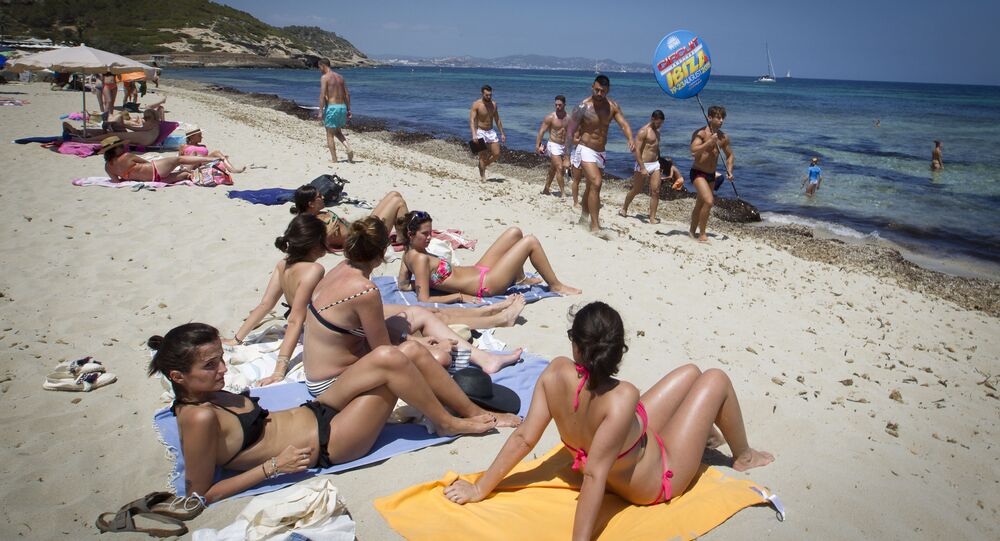 Europe’s top party destination, Ibiza, has also garnered the fame of being the perfect retreat for those seeking sex with strangers alfresco. While the involved parties, pursuing pleasures of the flesh, face a high chance of catching STDs (sexually transmitted diseases), their passion could also pose a danger to the eco-system of the island.

The renowned, but delicate, sand dunes of Es Cavallet de Ibiza are facing the threat of destruction by tourists going there to hook up at the beach. The sexual escapades, especially popular among the gay community with an activity known as “cruising”, could lead to serious alterations to the delicate ecosystem of the Ses Salines Natural Park, Diario de Mallorca reports.

The outlet cites geographer from the University of the Balearic Islands Francesc Xavier Roig, who laments that many people on a daily basis jump over the barriers that separate the closed areas from the beach, ignoring the damage that they cause to the ecosystem.

According to biologist Joan Carles Palerm, the trespassers are unwittingly destroying the protective structure that is formed by small and delicate plants by stomping on them. These plants prevent erosion by the local wind called “embat”, which blows in from the sea. If the barrier does not exist, the wind starts, little by little, to grind the soil, causing cracks. And if the system is weakened, the sand will move to the outlying unique salinas. Geologists and biologists warn that the damage to the area could become irreparable.

Although local authorities have tried to re-organise the public use of the beach, passers-by continue to go to areas that impact the fragile geological system.

At the same time, the “Stop” cords, which are intended to restrict passage, do not help, while the signs are ignored or destroyed, according to a Ses Salines Natural Park official. At the same time, there are no patrols that are able to warn tourists against trespassing or able to stop the activities in the restricted areas, despite earlier attempts to introduce this type of measure.

"Some years ago we did campaigns to inform those who were trespassing, but they caused conflicts”, park official Vicenç Forteza said pointing out that it was “not easy for a worker to confront these people”, who would face “aggression problems”.

Es Cavallet happens to have one of the most famous naturist beaches of the White Island. The outlet points out that in the gay community it is rated as one of the top hideaways for cruising, according to themed websites.

As Xisco Roig points out, such problems are not exclusive to the dune systems in Ibiza — Maspalomas (Gran Canaria), Es Trenc (Mallorca), Son Boi (Menorca) also happen to be favourite cruising destinations.