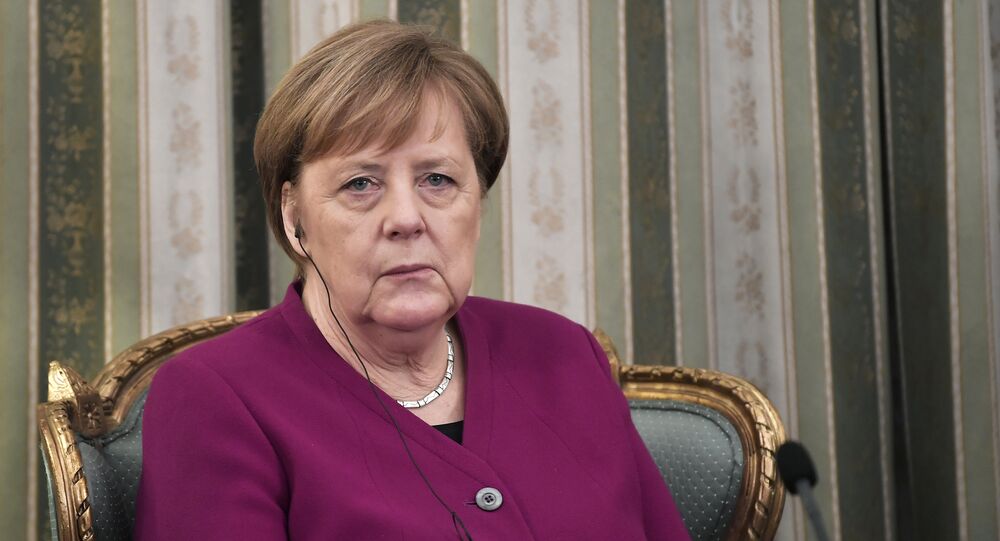 "We have discussed this [INF] in the past weeks, including within NATO… We will do everything within this 180-day timeframe … to continue negotiations", Merkel told reporters in Berlin.

The Cold War-era treaty has been at the centre of Europe’s security. Washington said it was suspending participation in the deal and would pull out in 180 days if Russia fails to meet its demands, while the latter denied committing any breaches.

US President Donald Trump said last year he wanted the treaty to be extended to China, which has become a military power to be reckoned with since the INF was signed in 1987.

Konstantin Kosachev, chairman of the Foreign Affairs Committee at Russia’s upper house of parliament, accused the United States of having taken the decision to quit long ago.

© AP Photo / Andrew Caballero-Reynolds
US Secretary of State Pompeo Holds Press Briefing Ahead of Possible Exit From INF Treaty (VIDEO)
The Treaty Between the United States and the Union of Soviet Socialist Republics on the Elimination of Their Intermediate-Range and Shorter-Range Missiles, commonly referred to as the INF, was signed on December 8, 1987, in Washington by then-General Secretary of the Communist Party of the Soviet Union Mikhail Gorbachev and then US President Ronald Reagan. The treaty entered into force on June 1, 1988.